Filming began on 10 May 2019. First schedule ended on 16 June with a fourteen minute long shot by Bachchan in one go. Kriti Kharbanda was initially selected to star in the film but left due to a fallout between her and makers. She was replaced by Krystle D’Souza after Mouni Roy and Ankita Lokhande declined the role. 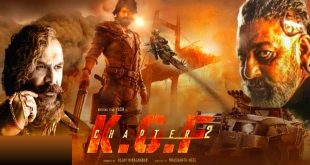