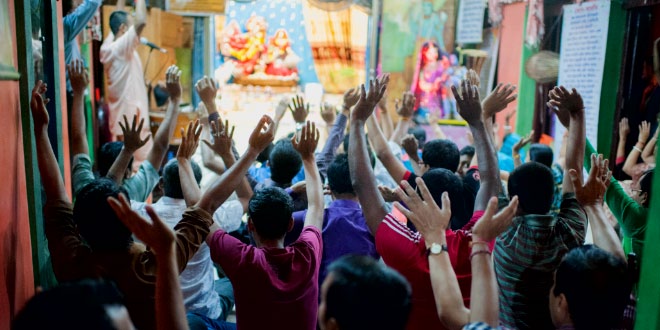 Diwali festival is a 5 day Hindu festival in India which occurs on the fifteenth day of Kartika. Diwali when translated means “rows of lighted lamps” and the occasion is also referred to as the “Festival of Lights”.

During Diwali, Indian homes are cleaned and windows are opened to welcome Lakshmi, the goddess of wealth. Lamps, lights and candles are lit as a greeting to Goddess Lakshmi.

Gifts are exchanged and sweets, festive meals are prepared during Diwali. Because there are many castes and regions in India, there are myriad manifestations of the Diwali festival.

In some places, the festival begins with Dhanteras, a day set aside to worship Lakshmi. In the Indian culture, wealth is not viewed as a corruptive power. Instead, a wealthy person is considered to have been rewarded for good deeds of a past life, i.e karma.

On the second day of the festival, Kali, the goddess of Strength, is worshiped.

On the 3rd day (the last day of the year in the lunar calendar), lamps are lighted and shine brightly in homes. The lamp symbolizes knowledge.

The fourth day of Diwali falls on the first day of the lunar New Year. At this time, old business accounts are settled and new books are opened. The books are worshiped in a special ceremony by Indian priests and participants are encouraged to remove anger, hate, and jealousy from their lives.

On the last day (Balipratipada) of the festival, Bali, an ancient Indian king, is recalled and remembered. Bali destroyed the centuries old philosophies of the society. However, in addition to this, he is remembered for being a generous and kind person. Hence, the significance of this day is to see the good in others, including enemies.

The Jain communities of India celebrate Diwali as a New Year’s Day. Lord Mahavira, the founder of Jainism, attained his Nirvana on the day of Diwali.

Sikhs celebrate Diwali to express joy at the return of the sixth Guru to Amritsar in 1620; Emperor Jahangir had imprisoned him along with 52 Hindu kings.

The Guru was granted freedom but refused to leave until the kings were also released.

Diwali is by far the most enthusiastically enjoyed festival in India. People of different nationalities, races, religions and backgrounds come together to share their joys generating a feeling of universal brotherhood and inter-religious harmony.