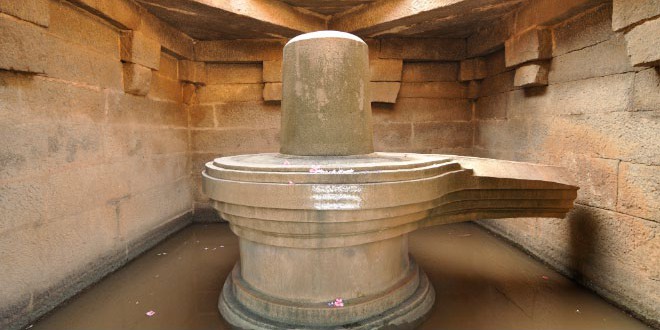 Why is Lord Shiva Worshipped in His Phallic Form?

According to another legend, once Brahma and Vishnu, two other deities of the holy Trinity, had an argument as to their supremacy. Brahma being the Creator declared himself to be more revered, while Vishnu, the Preserver, pronounced that he commanded more respect.

Just then a colossal ‘lingam’, known as Jyotirlinga, blanketed in flames, appeared before them. Both Brahma and Vishnu were awestruck by its rapidly increasing size. They forgot their quarrel and decided to determine its size. Vishnu assuming the form of a boar went to the netherworld and Brahma as a swan flew to the skies. But both of them failed to accomplish the self-assumed tasks. Then, Shiva appeared out of the ‘lingam’ and stated that he was the progenitor of them both and that henceforth he should be worshiped in his phallic form, the ‘lingam’, and not in his anthropomorphic form.