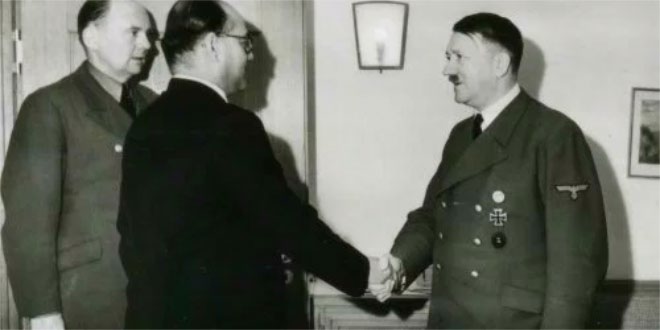 Who was Subhas Chandra Bose and his role in India’s Struggle for Independence? When one thinks of the Indian independence movement in the 1930s and early 1940s, two figures most readily come to mind: Mahatma Gandhi, the immensely popular and “saintly” frail pacifist, and his highly respected, Fabian Socialist acolyte, Jawaharlal Nehru.

Less familiar to Westerners is Subhash Chandra Bose, a man of comparable stature who admired Gandhi but despaired at his aims and methods, and who became a bitter rival of Nehru. Bose played a very active and prominent role in India’s political life during most of the 1930s. For example, he was twice (1938 and 1939) elected President of the Indian National Congress, the country’s most important political force for freedom from the Raj, or British rule.

While his memory is still held in high esteem in India, in the West Bose is much less revered, largely because of his wartime collaboration with the Axis powers. Both before and during the Second World War, Bose worked tirelessly to secure German and Japanese support in freeing his beloved homeland of foreign rule. During the final two years of the war, Bose – with considerable Japanese backing – led the forces of the Indian National Army into battle against the British.

How did Bose contribute in India's Struggle for Independence?

Apart from the fact that he tried to be different, much like the revolutionary extremist freedom fighters of the day, and kept up the spirit of fiery leadership in that critical period of India’s history, there are also several other ways in which he made his own contribution to his motherland’s freedom struggle. The assault by the INA, no matter how short-lived it was, was an important factor that eventually contributed to the British decision to stop their operations and shift back to their own land. This in the end did pave the way for India’s independence.

After he was banished to Europe by the British, Bose set up contacts between various European countries and India that may not have existed earlier. He espoused concrete economic planning and showed the way himself. It also needs to be remembered that it was him who set up the Rani Laxmi Bai Fauj, the women’s wing of INA (Azad Hind Fauj). At a time when the British were bleeding the country dry with help from certain insiders it was his series of radio broadcasts from Berlin that at least attempted to keep the spirits of the country up.

Netaji, without a shadow of a doubt, remains one of the most key figures in the history of India’s independence. He played a crucial role in freeing the country from the clutches of 200 years of British rule in his own inimitable way, much like the other leading lights of the day such as Mahatma Gandhi and Jawaharlal Nehru. Till the last day of his life as an active freedom fighter he kept the spirit of fighting the British – even at the time of his death he was planning to migrate to Russia and find a new way to combat the British – and it is this persistence and patriotic fervor that needs to be respected more than anything else.