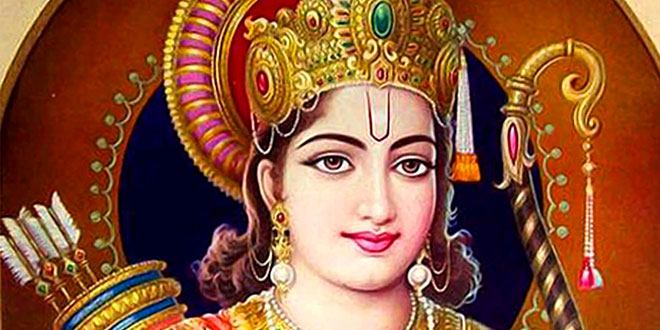 Vibhishana is a significant character in the epic Ramayana, who served Rama during the fight of Rama and Ravana though he was the brother of Ravana, the king of Lanka. Although Vibhishana was born in Rakshasa dynasty he was a noble character. Vibhishana was against the kidnapping and abduction of Sita. He advised his elder brother Ravana to return Sita to her husband Rama. He was exiled by Ravana and joined Rama’s army. Later, when Rama defeated Ravana, he coroneted Vibhishana as the king of Lanka.

Vibhishana was a ‘Sattvic’ person with pure heart and soul. From his early childhood he was a pious man and spent all his time in meditation on the name of Lord. Brahma was propitiated by his devotion. He appeared eventually and offered Vibhishana any boon he wanted. Vibhishana said that only thing he wanted was to fix his mind on the lotus feet of the Lord. He also prayed to have strength so that he could always remain in association with Lord Vishnu and also wanted a ‘Darshan’ (holy sight) of the Lord. Vibhishana’s prayer was granted. He gave up his wealth and family and joined Rama, who was the incarnation of Lord Vishnu.