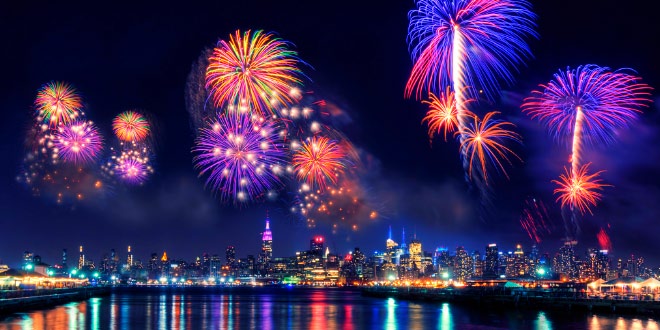 While many people head to the beach for the 4th of July, there are a wide array of activities to keep locals and visitors in New York City for July 4th entertained.

Fireworks will be launched from six barges in the Hudson River. 12th Avenue will be closed below 59th beginning at 4 p.m. for viewing. Pedestrians can access the 12th Avenue from 11th Avenue at 24th, 26th – 30th, 34th, 40th – 44th, 47th – 52nd and 54th – 57th streets. The West Side Highway will be closed to vehicular traffic from 22nd – 59th Street starting at 4 p.m. You can also view the Macy’s Fourth of July fireworks from anywhere you have an unobstructed view of the sky above the Hudson River.

Some of the best things to do in NYC on the 4th of July are not exclusively activities for that very day alone, but also are great activities you can take advantage of throughout the entire summer in New York. On the other hand, there are several events taking place that are specific to the 4th of July, meaning that you only have one chance to attend them!

If you are spending the 4th of July in NYC, you cannot get around Macy’s 4th of July fireworks! Every year, the 4th of July in New York is celebrated by launching an amazing firework spectacular, sponsored by the well-known department store Macy’s. This year will mark the 43rd annual fireworks show illuminating New York’s skyline from the iconic Brooklyn Bridge. The fireworks in New York are the nation’s largest independence day celebration, launching more than 75,000 shells to ignite the night. This isn’t the only superlative event sponsored by Macy’s. The most iconic Thanksgiving Parade in the United States is the Macy’s Thanksgiving Day Parade in New York.

The celebration is accompanied by famed musicians. Kelly Clarkson, Blake Shelton, Keith Urban, and Ricky Martin have already performed. This year’s performers have not yet been announced by Macy’s, but we will be sure to keep an eye out to be the first ones to inform you. You can also check Macy’s official website as we get closer to July.

A unique way to see the fireworks on the 4th of July is to watch them from the water! There are several cruises that have made it their mission to provide the perfect experience. Instead of storming into the crowds on the streets, you can enjoy a much more relaxing 4th of July evening. The night cruise offers you amazing views of New York’s skyline, food, beverages and most importantly, unobstructed views of the fireworks! For these reasons, firework cruises are much sought after by tourists and locals alike. There’s no need to worry about getting somewhere extremely early or fighting to get a good spot before waiting an eternity for the fireworks are launched. One of the most popular cruises is the 4th of July Evening Cruise by Circle Line, but you can find the best fireworks cruise for you with the help of our more detailed comparison of the best 4th of July cruises in New York this year.

3. Have a BBQ in New York’s most beautiful parks

What’s more typical than enjoying the 4th of July by having a BBQ (or picnic) in a park? Lucky for you, New York City is home to numerous, beautiful parks that let you escape the bustling city life. For you, that means sunshine, super delicious food and a splendid time! If you still want to be around people, head to Sheep Meadow in Central Park to join many others having their barbecues. This is your chance! Grilling and barbecuing in Central Park is only allowed 3 days a year: on Memorial Day, the July 4th and Labor Day. Just note that the use of propane gas is strictly prohibited!

If you are only visiting New York and looking to buy a reasonably priced grill, you should head to Best Buy. You can get a small, portable grill for about 35 bucks. Everything you want to put onto the grill can be bought at the supermarket, for example, Whole Foods. You will find the closest Whole Foods to Sheep Meadows at 10 Columbus Circle.

4. Enjoy the day at the beach

To escape the bustling city life, even more, you should head to the beach as most New Yorkers do! Manhattan will soon have its first beach at Hudson River Park. Until then, and because of New York’s murky waters, the best option is to ride the subway to Coney Island. Besides just swimming, sunbathing and relaxing at the beach, you can also spend some time at Luna Park or watch the annual Hot Dog Eating Contest at Nathan’s Famous (jump to more info). Especially if you are traveling as a family, spending the 4th of July in NYC at the beach may be the preferred option for your kids! 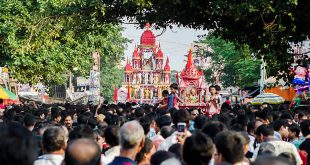