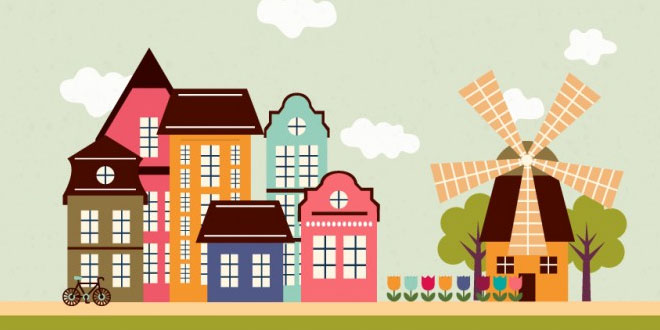 What is unusual about Holland?

There is saying: ‘God created the world but the Dutch created Holland‘. Holland (more correctly called the Netherlands) is a low-lying country where more than two-fifths of the land is below sea-level at high tide.

Since early this century Dutch engineers have reclaimed much of this flat land by building dykes (sea walls) to hold back the sea.

The marshy areas behind the dykes, called polders, are drained and turned into fertile farmland. In this way, the Dutch have gradually increased the land area of their country.