What is the War of the Pacific?

The War of the Pacific is a war that took place in the western region of South America from 1879 to 1884. The war was fought between Chile and Peru on one side with Bolivia on the other side. The war is also called Saltpeter War (Saltpeter is a mineral) because the main reason of the war was to win over the mineral-rich territories in this region. The end result of the war was that Chile emerged victorious.

The War of the Pacific took place in western South America from 1879 through 1884. The forces of Chile fought a defensive alliance of Bolivia and Peru. The conflict is also known as the “Saltpeter War”, as disputes over mineral-rich territory were the war’s prime cause. The conflict originated in a dispute between Chile and Bolivia over a 10 cent tax on the Antofagasta Nitrate & Railway Company, but Bolivia and Chile’s controversy over ownership of Atacama preceded and laid foundations for the conflict. Peru entered the affair in 1879, initially attempting to mediate the dispute, but when Chile invaded the Bolivian port city of Antofagasta on February 14, 1879, Bolivia activated its mutual defense treaty with Peru.

The five-year war took place over a variety of terrain, including the Atacama Desert and Peru’s deserts and mountainous regions. The war’s first battle was the Battle of Topáter. For most of the first year the focus was on the naval campaign, as Chile struggled to establish a sea-based resupply corridor for its forces in the world’s driest desert. The Peruvian Navy met initial success, but the Chilean Navy prevailed. Afterwards, Chile’s land campaign bested the badly equipped Bolivian and Peruvian armies, leading to Bolivia’s complete defeat and withdrawal in the Battle of Tacna on May 26, 1880, and the defeat of the Peruvian army after the Battle of Arica on June 7. The land campaign climaxed in 1881, with the Chilean occupation of Lima. The conflict then became a guerrilla war engaging Peruvian army remnants and irregulars. This Campaign of the Breña was fairly successful as a resistance movement, but did not change the war’s outcome. After Peru’s defeat in the Battle of Huamachuco, Chile and Peru signed the Treaty of Ancón on October 20, 1883. Bolivia signed a truce with Chile in 1884.

Chile acquired the Peruvian territory of Tarapacá, the disputed Bolivian department of Litoral (cutting Bolivia off from the sea), as well as temporary control over the Peruvian provinces of Tacna and Arica. In 1904, Chile and Bolivia signed the “Treaty of Peace and Friendship” establishing definite boundaries. The situation between Chile and Peru worsened when the 1893 plebiscite to determine the fate of the provinces of Arica and Tacna was not held. Colonization and violent “Chileanization” of the territories resulted in a break of relations in 1911. The 1929 Tacna–Arica compromise gave Arica to Chile and Tacna to Peru, but did not resolve the antipathy. Later political problems among these neighbors often referred back to this conflict.

Share
Previous सेवा परमो धर्म
Next What is the western magpie’s nest composed of? 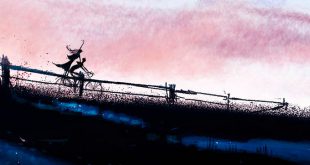