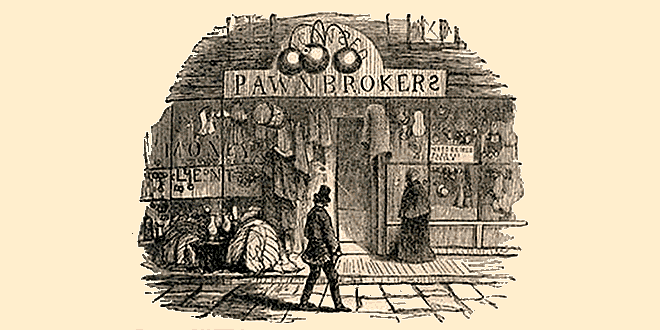 What is significance of 3 golden balls in Europe?

The pawnbrokers’ symbol is three spheres suspended from a bar. The three sphere symbol is attributed to the Medici family of Florence, Italy, owing to its symbolic meaning of Lombard. This refers to the Italian province of Lombardy, where pawn shop banking originated under the name of Lombard banking. The three golden spheres were originally the symbol which medieval Lombard merchants hung in front of their houses, and not the arms of the Medici family. It has been conjectured that the golden spheres were originally three flat yellow effigies of byzants, or gold coins, laid heraldically upon a sable field, but that they were converted into spheres to better attract attention.

Significance of 3 golden balls in Europe

Most European towns called the pawn shop the “Lombard”. The House of Lombard was a banking family in medieval London, England. According to legend, a Medici employed by Charlemagne slew a giant using three bags of rocks. The three ball symbol became the family crest. Since the Medicis were so successful in the financial, banking, and money lending industries, other families also adopted the symbol. Throughout the Middle Ages, coats of arms bore three balls, orbs, plates, discs, coins and more as symbols of monetary success. Pawnbrokers (and their detractors) joke that the three balls mean “Two to one, you won’t get your stuff back”.

Saint Nicholas is the patron saint of pawnbrokers. The symbol has also been attributed to the story of Nicholas giving a poor man’s three daughters each a bag of gold so they could get married.

Previous What is the significance of navaratri and how one keep vows on these nine days?
Next What is the Singing Revolution?