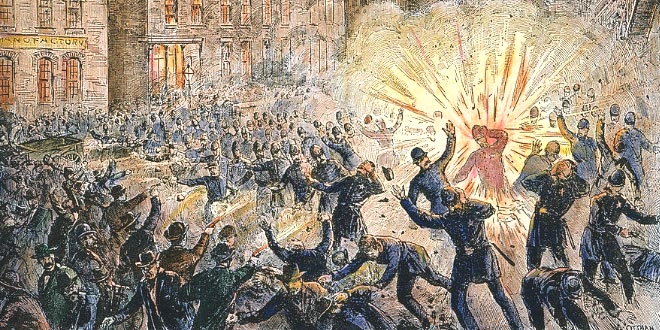 What is the History and Origin of International Labour Day?

International Workers’ Day is the big celebration on the world level and it is celebrated to commemorate the 4th of May of 1886, the Haymarket affair (Haymarket Massacre) in the Chicago. It is the big event of that year when workers were on the general strike for their eight-hour workday and police were doing their job of dispersing the general public from the crowd. Suddenly, a bomb was thrown over the crowd by an unidentified person and then police started firing over the workers and four demonstrators were killed.

Here is a real statement about the event: “Reliable witnesses testified that all the pistol flashes came from the center of the street, where the police were standing, and none from the crowd. Moreover, initial newspaper reports made no mention of firing by civilians. A telegraph pole at the scene was filled with bullet holes, all coming from the direction of the police.”

It was decided to be celebrated on annual basis as an May Day in the meeting (in 1889) of Paris through a proposal by the Raymond Lavigne that international demonstrations is required to celebrate the anniversary of Chicago protests. In the year 1891, May Day was officially recognized by the International’s second congress to be celebrated as an annual event.

However, May Day Riots was occurred in the year 1894 and then in the year 1904, the following statement was given in the International Socialist Conference at Amsterdam “all Social Democratic Party organizations and trade unions of all countries to demonstrate energetically on May First for the legal establishment of the 8-hour day, for the class demands of the proletariat, and for universal peace.” and declared it “mandatory upon the proletarian organizations of all countries to stop work on May 1, wherever it is possible without injury to the workers.”

Previous Labour Day Images For Students And Children
Next May Day Information, Description And History