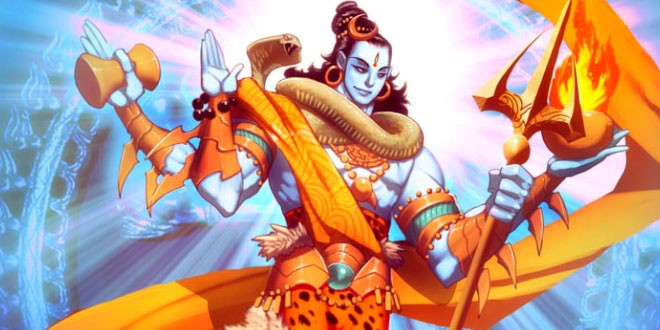 Shivaratri Pooja has been given tremendous significance in Hindu mythology. It is said that ritual worship of Lord Shiva on a Shivaratri day pleases Lord Shiva the most. Devotees further believe that by pleasing Lord Shankara on the auspicious Shivaratri day, a person is absolved of past sins and is blessed with Moksha or salvation.

According to Shiva Purana, sincere worship of Lord Shiva yields merits including spiritual growth for the devotees. It also provides extensive details on the right way to perform Shivratri Puja.

Shiva Purana further says that performing abhisheka of Shiva Linga with six different dravyas including milk, yoghurt, honey, ghee, sugar and water while chanting Sri Rudram, Chamakam and Dasa Shanthi pleases Lord Shiva the most. According to the mythology, each of these dravya used in the abhisheka blesses a unique quality:

Getting Ready for Shivaratri Puja

To perform the worship of Lord Shiva on Shivratri, devotees wake up early and take a ritual bath, preferably in the holy waters of river Ganga. This is followed by worship to Sun God, Vishnu and Shiva in accordance with the purification rite observed on all-important Hindu festivals. Devotees then wear fresh new clothes and pay a visit to the nearest Shiva temple. As a tradition, devotees observe a fast on a Shivaratri day. Some do not consume even a drop of water.

Following the method prescribed in Shiva Purana, priests perform ritual puja of Shiva Linga every three hours all through the day and night of Shivaratri Festival. During this pooja, chants of Om Namah Shivaya and sounds of bells reverberate in the temple. Following the bath with milk, yoghurt, honey, ghee, sugar and water that helps in the purification of the soul a vermilion paste is applied on the Linga as it represents virtue. These six items form an indispensable part of Shivaratri, be it a simple ceremony at home or grand temple worship.

After this, Bilwa leaves, which have to be a stalk with three leaves, is kept on top of the Shivalinga to cool the hot-tempered deity. Ber or jujube fruit is also offered to Lord Shiva, as it is symbolic of longevity and gratification of desires. Some devotees also offer the auspicious betel leaves to Lord Shiva marking satisfaction with worldly pleasures. Garlanding of Linga with flowers and garlands is also a part of the ritual Shivaratri Puja. Devotees also burn incense sticks as is said to yield wealth. Many also light lamps to symbolize attainment of knowledge. It is said that by offering water, hugging the Linga, lighting the diya and incense and ringing the temple bells, devotees call into focus all their senses, making them acutely aware of themselves and the universe to which they belong.

This ritual worship of Lord Shiva continues through the day and night of Shivaratri. Devotees stay awake and spent the night in Shiva temples by chanting ‘Om Namah Shivaya‘ and singing hymns and verses in praise of Lord Shankar. Devotees observing vrat on Shivaratri break it only the next morning by partaking prasad offered to Lord Shiva.

Previous What is Shivaratri Fast? Observing Shivaratri Vrat
Next Significance of Shivaratri in Hindu Devotees