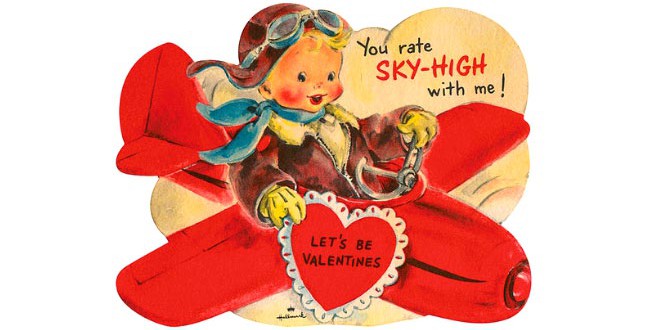 History of Valentine Cards: It seems that the writing of special notes and letters for Valentine’s Day gained widespread popularity in the 1700s. At that time the romantic missives would have been handwritten, on ordinary writing paper.

Papers made especially for Valentine cards began to be marketed in the 1820s, and their use became fashionable in both Britain and the United States. In the 1840s, when postal rates in Britain became standardized, commercially produced Valentine cards began to grow in popularity. The cards were flat paper sheets, often printed with colored illustrations and embossed borders. The sheets, when folded and sealed with wax, could be mailed.

The custom of trading valentines seems to have begun in Europe and the United States in the 18th century, but some legends attribute the exchange of affectionate greetings to St. Valentine himself. Valentine may have been the name of one or two martyred Christians: one is said to have been a priest and physician in Rome and the other a bishop in Terni, Italy. Both are said to have been executed on February 14 about the year 270 and could very well have been the same person. In any case, stories describe how Valentine was condemned to death for defying the emperor by secretly marrying couples to spare the husbands from war. Valentine, while in prison, allegedly befriended (or, in some versions of the story, fell in love with) his jailer’s daughter, whom he also miraculously cured of blindness. The night before his execution, he is said to have written her a farewell message and signed off with “Your Valentine”.
Share