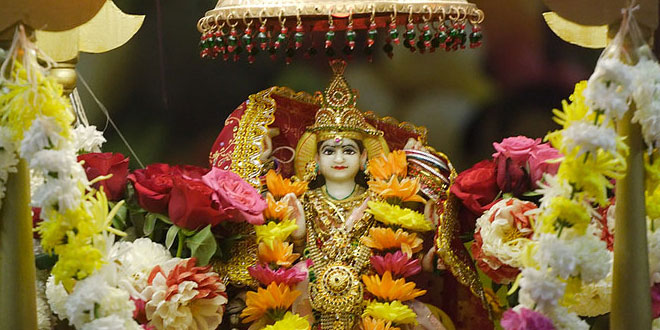 Navratri Customs: Navratri is a very important and popular festival of India. It comes twice on a year, once around March-April and the second time, around September-October. The nine days and nights of Navratri are entirely devoted to Mother Goddess. Throughout this period, fasts, strictly vegetarian diets, japa (chanting mantras in honor of the Goddess Shakti), religious hymns, prayer, meditation and recitation of sacred texts related to Devi Maa (Mother Goddess) form the order of the day. Apart from this, there are a number of other customs and rituals as well, which are associated with the festival. Let us know more about them.

Previous How is Navratri Pooja Thali Decorated?
Next What are Pooja rituals done daily during Navratri?