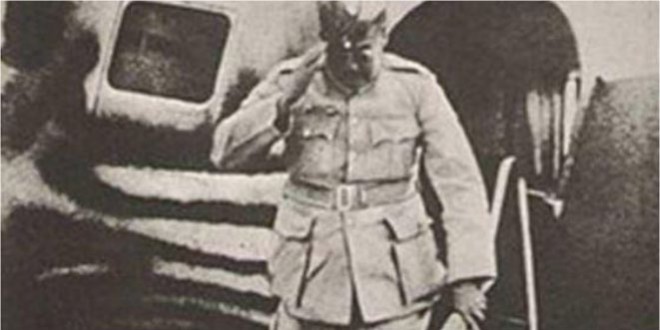 Subhas Chandra Bose: Plot of Death – In the late afternoon of August 18, 1945, twelve persons with burns were wheeled into Nanmon Military Hospital, Taihoku, Taipei, shortly after a message reached the duty doctor that a Japanese bomber carrying them had crashed at a nearby aerodrome.

One of the victims, a well-built Indian, had burns all over his body, heart and face, and he was in a critical condition. The Medical Officer at the hospital, Captain T Yoshini, was told that the man was Indian leader “Chandra Bose“, who along with his adjutant Col Habibur Rehman and 11 Japanese officers were on a flight to an undisclosed destination.

Dr. Yoshini had at the time Dr. T Tusuruta and another doctor to assist him, besides a dozen Japanese and Formosan nurses. Dr Tusuruta bandaged the Indian leader, while Captain Yoshini gave him four shots of vita-camphor and two injections of digitamine to stabilize his heart. Captain Yoshini also gave him three intravenous injections of Ringer-solution of 500 cc each to prevent infection.

The treatment was initially given in the dressing room, and later, Bose was moved to ward No. 2 for further treatment. Bose and Colonel Rehman were in the same ward. Towards 5 p.m., Bose was given a blood transfusion to relieve the pressure on his heart. The blood was taken from a Japanese soldier in the Nanmon Army Hospital.

Initially, Bose seemed to respond to the treatment. He remained conscious and even asked for water occasionally. To communicate better with the hospital staff, an interpreter, Juichi Nakamura, was sent for to assist him. (Bose and Colonel Rehman had known Nakamura as he was their interpreter on several occasions, during their stop over in Taipei on their trips between Southeast Asia and Japan.

About 7.30 p.m., Dr Tusuruta noticed that Bose’s pulse count had dropped. He hurriedly gave Bose injections of vita-camphor and digitamine but his heart and pulse beat kept falling, and he died about 2300 hrs, according to Dr Yoshini’s statement recorded by the British in Hong Kong‘s Stanley Jail on October 19, 1946.

Captain Youshini later wrote Netaji’s death certificate: “Writing his name in Japanese (kata kana) as “Chandra Bose” and giving the cause of his death as ‘burns of third degree’.” (According to a version, the death certificate was written on August 20, 1945, after the Japanese government retracted its decision to send Bose’s body to Tokyo.)