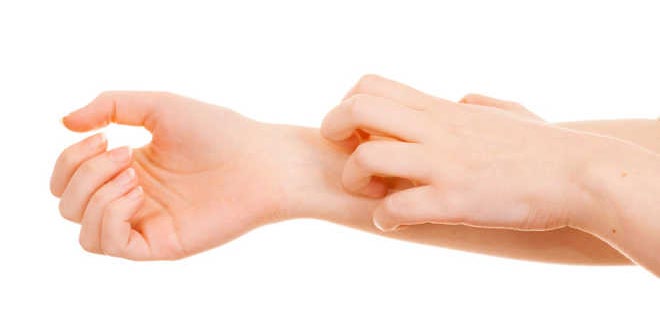 Why scratching an itch is so rewarding!

Areas of the brain involved in motor control and reward processing light up more in chronic itch patients when they scratch, according to a new study which may explain why scratching evokes a pleasurable sensation.

Researchers in the Department of Dermatology and Temple Itch Center at Temple University School of Medicine (TUSM) used advanced functional magnetic resonance imaging to look at activity in the brain while 10 chronic itch patients and 10 healthy subjects scratched an itch.

They found that areas of the brain involved in motor control and reward processing were more activated in chronic itch patients while they scratched.

This may explain the addictive scratching experienced by these patients, researchers said.

“Despite being pleasurable at first, ongoing scratching can lead to an increase in the intensity of itch as well as pain and permanent skin damage,” Mochizuki said.

“That is why it is important to understand the cerebral activity that may be inducing this pathological scratching behaviour,” Mochizuki said.

According to Yosipovitch, the new study is the first to investigate brain activity during scratching in chronic itch patients.

During the study, itch was induced by applying cowhage (a plant) to the right forearms of patients with chronic itch and study participants without chronic itch.

The patients were then imaged using fMRI while they scratched the itch. Researchers found that brain activity spiked in the chronic itch patients in the supplementary motor area, premotor cortex, and primary motor cortex – areas that are associated with motor control and motivation to act.

In addition, brain areas involved in reward circuit such as the striatum, cingulate cortex, caudate nucleus and orbitofrontal cortex were significantly more activated than in healthy subjects.

“Our findings may enable us to identify and advance the understanding of the brain network underlying the itch-scratch cycle in chronic itch patients,” said Mochizuki.

“This understanding could lead to new therapies for these patients,” said Mochizuki.

The study was published in the Journal of Investigative Dermatology.