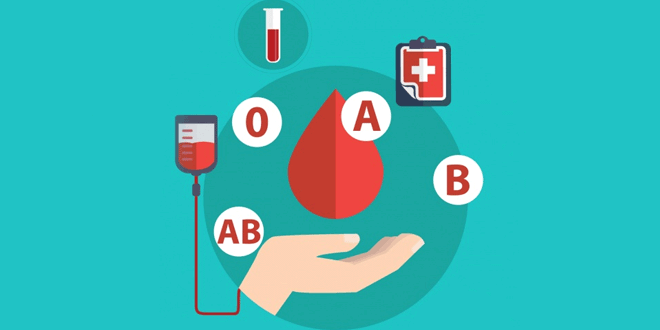 Perhaps you already know, which blood group you belong to: A, B, AB, O, Rhesus + Rhesus + (Rhesus Positive), or Rhesus – (Rhesus Negative). But do you know what these letters and signs mean?

Although all human blood looks the same when see under a microscope, we do not all have the same type of blood. Some substances, found in the red corpuscles and in the plasma in which they float, very from individual to individual. When one person’s blood is transfused into another, these differences must be taken into account to avoid incompatibility between the recipient’s and donor’s blood.

People with blood group A have the agglutinogen A in their red Corpuscles, and agglutininogen B in their plasma. (Agglutinogen means any substance that, when present in the bloodstream, can cause the production of specific antibodies or agglutinins).

People belonging to blood group B have agglutinogen B in their red corpuscles and agglutinin (alpha) in their plasma. If you mix blood A with blood B in a test-tube, you will see that the red corpuscles stick to each other, form clumps and are destroyed. Imagine the catastrophe this would cause in incompatible blood transfusion-many of the recipient’s red corpuscles would be destroyed; they could clump together and block the blood vessels, with potentially fatal results.

People with blood group AB have no agglutinins in their plasma. They can therefore receive blood from group A, B, O and, of course, AB. People with group O have red corpuscles without agglutinogens, but as their plasma contains the two agglutinins, they can only receive blood from group O. They are, however, able to give blood to patients of group A, B, AB, and O. Group O is known as the ‘universal donor’, group AB as the ‘universal recipient’.

The red corpuscles often contain another agglutinogen called ‘Rhesus’ (Rh), or ‘the Rhesus factor’. This was discovered whilst carrying out experiments on Rhesus monkeys. The red blood cells of most humans contain the Rhesus factor. Those, which do not are said to be Rhesus negative.

People without the Rh factor in their corpuscles may react to an initial blood transfusion by producing anti-Rhesus agglutinins. This may cause problems, such as agglutination (clumping together) and destruction of the red corpuscles after subsequent transfusions.

You can see that it is extremely important to know the exact blood group of a person before giving a blood transfusion.

There are diseases, which require repeated blood transfusion, when it is necessary to find a much closer match between the recipient and the donor.

The Kell system divides blood into two groups: Kell+ for those with the agglutinogen Kell, and K- for those without this agglutinogen. It is the most frequently used system after the A, B, O and Rhesus system, but they’re others: for example, Diego, Duffy, and Lutheran Lewis.

Previous What is the purpose of blood? Function, Structure
Next What colour is an insects blood?