Can a scorpion kill a man?

Scorpion are particularly ferocious animals, even to each other, and so they lead solitary lives. They live in dry warm, areas of the world and in the wild hide themselves away in dark places, under logs or stones, for example, waiting for their prey. This normally consists of small insects and spiders. As scorpion cannot see very well they rely on these creatures brushing against them unawares. They are immediately pounced on when this happens, overpowered and torn apart by the scorpion’s pair of large pincers. Only if resistance is met will the scorpion bring its deadly sting into action, usually held out of harm’s way over its head.

The habits of scorpion make them particularly dangerous to man. They are attracted into homes and find ideal hiding between two and three weeks before the larvae emerge. Their first meal is generally the empty egg shell and it is thought meal is generally contains certain essential food substances that the caterpillar must have in order to survive.

Share
Previous At what speed does electricity travel compared to light?
Next Can babies really be born in test-tubes? 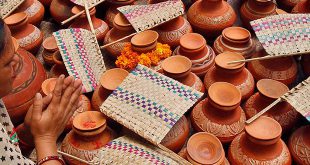 According to Markandeya Purana, the Harivansh canto influences the greatness of Ekadashis. There are twenty …