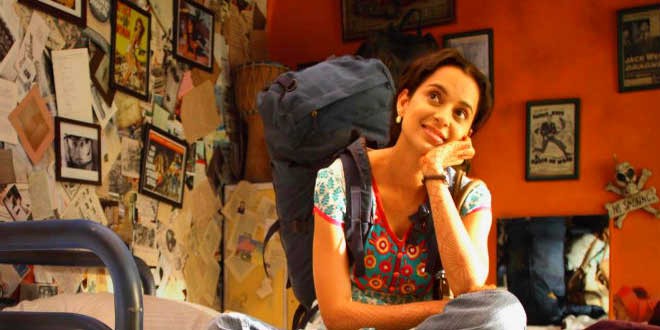 Filmmakers are carving out more and more strong women characters, who are not afraid to either dream or find their own voice, and yet not sound bitter about life

In Yeh Jawaani Hai Deewani, Deepika Padukone’s character Naina tells Bunny (played by Ranbir Kapoor) that she cannot leave her clinic and her parents and that she will have to let him go. Flushed with love, Bunny doesn’t want to lose Naina again after eight years and he chooses her over a job offer in Paris. The film, which became one of the biggest hits of 2013, in a not-so-subtle way did something unthinkable! The girl managed to have her way with her boyfriend without giving up on her career.

Nineteen years before Yeh Jawaani Hai Deewani, then superstars – Anil Kapoor and Sridevi starred in a film called Laadla, in which Sridevi’s character Sheetal, an ambitious, aggressive, workaholic (and arrogant) woman is ‘set right’ by her husband Raju (played by Anil). In the end, she gives up being the chairperson of her company and becomes a housewife of her company’s worker.

The contrast between the ending of the two films is too stark to be missed and indicates a definitive journey Bollywood has taken to define the roles of women. They no longer just need to be out seeking revenge of either the death of their husbands, boyfriends or fight evil in-laws, (Sherni, Phool Bane Angarey, Mehndi, Shakti etc.) but they can come from perfectly ‘normal’ settings and still be self-assured, ambitious and goal-oriented.

Vikas Bahl’s Queen, which is a watershed film of Kangana Ranaut‘s career shows us a girl who decides to go on her honeymoon minus her runaway husband and finds her own voice and self, thereby resisting the pressures of either her parents or suitors to settle down. The idea being that a woman doesn’t need a man, a house or a marriage to sustain herself or seek happiness.

We also saw something similar in English Vinglish — Sridevi’s comeback film which found a lot of resonance with women working from home. Chided for not knowing English (therefore, not being cool enough) by her husband and her daughter — Sridevi’s character Shashi, an entrepreneur in her own right, finds her own voice when she travels to the US and enrolls herself in an English language learning school. Her speech in the end was the crux of the film — equality in marriage and the importance of women finding their feet — on their own.

In 2 States, Alia Bhatt and Arjun Kapoor’s characters are shown on equal footing with both going out of their way to win over their set of prospective in-laws. No wooing by just the guy! More importantly, they are shown having a physical relationship before marriage out of choice, which again challenges the idea of a woman’s position as a docile, submissive partner in the marriage.

Taking that a step further, in Mardaani, Rani Mukerji’s character as Shivani Shivaji Roy becomes the protector of her husband and niece when she ensures that they are packed off to a safe hideout while she goes on to destroy a woman-trafficking gang. Again, in the film, Shivani comes from a happy marriage with her husband playing the role of a supportive, understanding partner.

In a similar vein, Mary Kom‘s biopic of the same name starring Priyanka Chopra, shows us that the much – decorated boxer’s husband stepped back out of his choice and took care of the home and the babies while Mary Kom went on to bring India, glory on the international platform. It’s not that Mary is not a doting mother. It’s just that she has her own ambitions to fulfill too.

What’s exciting about these films is that these were mainstream cinema and were box office successes. It’s a healthy sign because it also gives confidence to the filmmakers to carve out more independent women characters who are not afraid to either dream or find their own voice and yet not sound bitter about life!

In the next couple of months, some commercial mainstream films such as NH10, Piku, Hamari Adhuri Kahaani, Dil Dhadakne Do and Bombay Velvet will bring us strong female characters. Piku interestingly stars Deepika Padukone in the title role for the first time and shows us yet another side of a woman – of being a multi-tasker. The family comedy drama will show us Deepika’s character, managing not just her home, her work, her love life but taking care of her father (played by Amitabh Bachchan) with whom she shares a quirky relationship. So far a domain of the sons in Bollywood – that is taking care of their parents – Piku is looking to break the glass ceiling and going by the trend, it surely will.