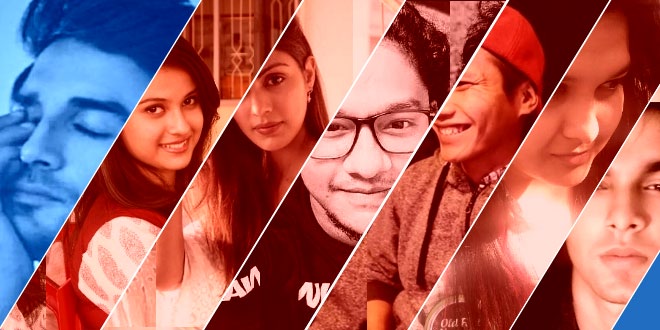 Sushant Singh Rajput Case: On 14 June 2020, Indian actor Sushant Singh Rajput was found dead at his home in Bandra, Mumbai, with the cause ruled as suicide. The official postmortem reports concluded that he died of asphyxia due to hanging. The Mumbai Police launched an investigation into the death, which was surrounded by rumours and speculation.

Rhea Chakraborty (born 1 July 1992) is an Indian actress and VJ. She started her career as a VJ on MTV India. She made her acting debut with the 2012 Telugu film Tuneega Tuneega and later appeared in the Hindi film Mere Dad Ki Maruti (2013).

Rhea Chakraborty was born into a Bengali family in Bangalore, Karnataka, India on 1 July 1992. Her father was an Indian Army officer. She did her schooling from Army Public School Ambala Cantt, Ambala.

Rhea started her television career in 2009 with MTV India’s TVS Scooty Teen Diva where she was the first runner-up. Later on, she auditioned to be a VJ at MTV Delhi and was selected. She has hosted several MTV shows, including Pepsi MTV Wassup, TicTac College Beat and MTV Gone in 60 Seconds.

In 2017 she appeared in YRF’s Bank Chor. She also did cameo appearances in Half Girlfriend and Dobaara: See Your Evil. In 2018 she appeared in Jalebi opposite debutante Varun Mitra.

Chakraborty met the Bollywood actor Sushant Singh Rajput at a party in April 2019, and the couple started dating soon after. She founded an artificial intelligence company called Vividrage Rhealityx in partnership with her brother Showik Shakraborty and Sushant Singh Rajput in September 2019. The couple moved in together in December 2019. On 14 June 2020, Rajput was found dead at his home in Bandra, Mumbai, six days after she was moved out from the place.

A 24-year-old Showik has been living with his parents in Bangalore, and with his sister in Mumbai. He was born on August 28, 1996, and wanted to pursue a career in finance after finishing basic education from the Bombay Scottish School in Mahim, Mumbai. Showik initially went to the Army Public School in Bangalore with Rhea because their father is an army veteran.

Showik had plans to study in Canada, however, things didn’t go as planned and he dropped the idea for sometime. He has been dating model Jameela Caluttwala whose name also appeared in one of Sushant’s WhatsApp chat with Rhea that recently went viral. It is believed that the late actor often used to go out with Rhea, Showik and Jameela to spend some quality time out of the city, and away from the movies.

Showik is reportedly a partner in two companies that were established by Sushant: Vividrage RhealityX Pvt Ltd., and Front India Foundation for World.

Vividrage RhealityX was founded in September 2019 and is registered at Ulwe, Panvel. The paid-up capital of the company is Rs 1 lakh, and it reportedly operates with around 10 employees. It primarily caters to website maintenance and multimedia presentation. Interestingly, the address that it’s registered at is the same flat that’s owned by Rhea’s father. He had bought it before Rhea and SSR met each other.

The second company had both SSR and Showik as co-directors and has a paid-up capital of Rs 1 lakh. Front India Foundation is actually a non-profit organisation and it’s registered at the same address as the Vividrage RhealityX. The company aims to work on removing poverty, malnutrition, and hunger from the country.

Shruti Modi is the ex-business manager of Late actor Sushant Singh Rajput, and former manager of actress Rhea Chakraborty and her brother Showik Chakraborty. She suddenly comes in the news when ED summoned her. She has been charged under various sections of the Indian Penal Code including abetment to suicide, criminal conspiracy, wrongful restraint / confinement, theft, criminal breach of trust, cheating and other offences.

Shruti was the common friend of Riya Chakraborty and Sushant Singh Rajput. Shruti Modi has also been the former manager of Riya and her brother Shovik. Shruti has an unverified account on Instagram with 4000 thousand followers, which has now been made private.

Sushant’s family has given Shruti’s name in the FIR because she was managed the money of Sushant Singh Rajput. She was the manager of Sushant from July 2019 to February 2020, that’s why she was questioned by the Mumbai Police recently. Shruti told the police about Sushant’s monthly expenses, he was financially strong. In addition to the four and a half lakh rupees of the house, he used to spend around 10 lakh rupees every month.

Siddharth Pithani is a creative content manager, and described himself as an actor and filmmaker. He was the friend of Late actor Sushant Singh Rajput and Rhea Chakraborty. According to sources, he made many videos of Rhea.

Samuel Miranda was the house manager of the late Bollywood actor Sushant Singh Rajput. He made the headlines after an FIR was registered against him and 5 other accused by the CBI in the Sushant’s suicide case.

Recently Samuel Miranda was called by the CBI for questioning at the DRDO guest house. Earlier, Samuel has recorded his statement with the ED, which is probing the money laundering angle in Sushant’s case.

Samuel Miranda made the headlines when an FIR was registered against him and 5 others accused in the Sushant’s suicide case by the Central Bureau of Investigation on 7 August 2020.

He was also questioned by the Mumbai Police during the investigation of the case and even the Enforcement Directorate has summoned him for questioning.

The ED has registered a money laundering case against Rhea Chakraborty and her family for being involved in the suspicious transaction worth 15 crores in Sushant’s case.

During the investigation, ED has summoned many people for questioning in connection with the case. Sushant Singh Rajput’s father Mr. K.K. Singh also filed an FIR against Samuel Miranda and others accused of being involved in fraud, abetment of suicide, and holding Sushant hostage.

Indrajit Chakraborty is a retired Indian Army doctor from Bangalore, India. He is known for being the father of the well-known Bollywood actress Rhea Chakraborty.

He made the headlines when an FIR was registered against him and 5 others accused of being involved in the Sushant Singh Rajput’s suicide case.

Born on 17 August 1960, Indrajit Chakraborty’s Age is 60 Years as of 2020. He was born and brought up in a middle-class family in Bangalore, Karnataka, India.

He completed his early schooling from Government High School in Bangalore. After that, he enrolled himself at a Dr. B.R. Ambedkar Medical College, Bangalore from where he completed his MBBS and MD degree.

Since childhood, he was inclined towards the medical field and always wanted to be a successful doctor. Later on, he joined the Indian Army as a doctor and served the nation.

Recently Mr. Chakraborty found himself in a controversy when an FIR was registered against him and 5 others accused of being involved in the mysterious death of the late actor Sushant Singh Rajput. Sushant’s father Mr. K.K. Singh filed a complaint against them in Bihar for abetment of suicide, fraud, and breaching of trust.

Apart from that CBI has also registered a case against his family and Shruti Modi accused of their direct and indirect involvement in the Sushant’s death.

Disha Salian was born on Tuesday, 26 May 1992, in Udupi, Karnataka. She did her schooling from Dadar Parsi Youths Assembly High School, Mumbai. She pursued a bachelor’s degree in Mass Media from R.D. National College and W. A. Science College, Mumbai.

Disha Salian started working as a freelance reporter with WinkBall. In 2012, she joined Times Group, India as a researcher. After working as a freelance talent manager in 2013, she joined Media Vantage in 2014; as a celebrity manager. Later, she worked as a talent manager with various firms like Imagesmiths, CAA KWAN Talent Management Agency Private Limited, and Cornerstone Sport and Entertainment Private Limited in Mumbai. She was the celebrity manager of various Indian celebrities, including Bharti Singh, Rhea Chakraborty, and Varun Sharma.

Imtiaz Khatri is an Indian filmmaker and businessman. Reportedly, he is one of the suspects in the mysterious death of Sushant Singh Rajput.

There were rumors of Imtiaz dating the popular Bollywood actress, Sushmita Sen. In an interview, Imtiaz talked about his relationship with Sushmita Sen, he said, “Sushmita and I are just friends. She is very articulate and one likes to be in touch with such people.”

Later, there were rumors that he was dating another Bollywood actress, Jacqueline Fernandez.

He is a well-known builder in Mumbai and has his own company, INL Infrastructure. In 2017, he founded another company ‘VVIP Universal Entertainment‘. He has also financed various Bollywood films. In 2017, he directed the Marathi film, ‘Hrudayantar‘.

His name came in news during the investigation process of the mysterious death case of Late Sushant Singh Rajput. A video of Imtiaz and Sushant went viral in which he was seen with Sushant coming out of a birthday party.

He owns a celebrity cricket team in Mumbai who plays in INK Cricket Blast tournament, and the amount collected from the matches is donated for the welfare of cancer patients. 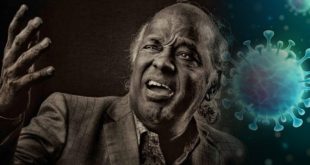