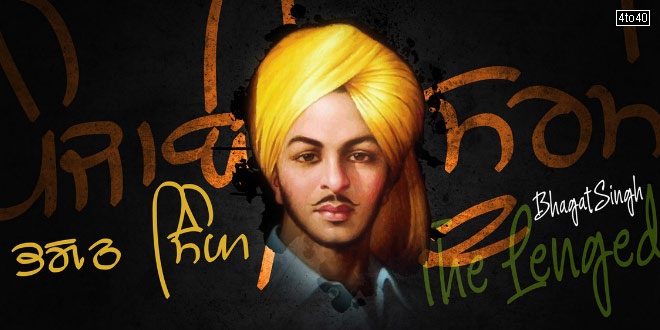 Bhagat Singh wanted to impress on the youth of Punjab that they needed intellectual food and not emotional stimulus.

AFTER the change in the political setup in Delhi, several other changes followed, as anticipated. Prime Minister Modi took both Mahatma Gandhi and Sardar Patel into his camp and ostracized Pandit Jawaharlal Nehru.

Bhagat Singh and Subhas Babu are now supposed to be of the same school of thought. But was it really so?  It is better to find out what Bhagat Singh himself had written on that topic rather than peruse what others have written about him in the past, and those who are talking about him now.

Bhagat Singh‘s article, “नये नेताओं के अलग अलग विचार“, (Different Thoughts of New Leaders.) was  published in  Kirti magazine in July 1928. The magazine had a readership in Punjab and North India. In pre-Independence days, the Kirti Kisan Party was operating in the same area. The party was leftist, with close relations with the Communist Party. When Subhas Babu went to Germany via Afghanistan, he received the assistance of one Bhagat Ram Talwar, who was an active member of the Kirti Party. Bhagat Singh was a radical. He worked for the upliftment of peasants and workers. He was an avid reader. The available list of books he read while in detention is simply amazing. He had written several articles, which are the testimony to his lucid writing and thoughts. In “नये नेताओं के अलग अलग विचार“,  Bhagat Singh wrote that the non-cooperation agitation of 1920 had failed, and by 1928  there was resurrection. New leaders were coming forward. Among them were Subhas Chandra Bose and Pandit Jawaharlal Nehru, both true patriots and ardent supporters of Independence for India. Bhagat Singh began by appraising the thoughts of some earlier leaders before Bose and Nehru. Thus, beginning with Sadhu Wasvani, he noted that Wasvani had no special place in the then political sphere, eulogy of the ancient times was his only programme; but he wielded influence on the minds of the youths. Bharat Youth Mandal was his creation. He wrote that Wasvani’s thoughts could be summed up in one sentence, “Go back to the vedas”. The same was the message of the Arya Samaj. Wasvani had said that because of the sages we have achieved so much progress that there would be no addition henceforward. He believed that the celestial power (shakti) was the need of the hour. Our nationalist movement must become a purifying mass movement; people should go to the villages to give help and medicine to the poor, so as to avert the class struggle.

Noting this, Bhagat Singh observed that Wasvani by nature was a poet, his emotionalism was like that of a mad man, and would achieve nothing, as it was all baloney. Turning to Subhas Babu, Bhagat Singh wrote that both Bose and Nehru had addressed some conferences on behalf of the Congress.  Independence was the ultimate objective of Bose. He put forth his views in the Maharashtra Congress conference.

Pandit Jawaharlal Nehru was  erudite and had visited Russia. Because of him and his colleagues, a resolution demanding full Independence was passed in the conference in Madras. We get to know the difference between Bose and Nehru from their speeches in Amritsar and Maharashtra. They both shared the same platform in Bombay. Bose was the speaker, while Nehru presided. Bhagat Singh felt that Bose’s speech was that of an emotional Bengali. To Bose, Hindustan had a special spiritual message to give to the world. Bhagat Singh remarked that Bose then leaned to the lunatic realm, living in a cloud cuckoo land, and appealed to the audience to see the Taj Mahal in full moonlight and wonder at the extraordinary greatness of the genius that conceived it. Bose noted that a Bengali novelist had postulated that all our tears had turned into the marble to construct the Taj. Subhas Babu also appealed to the people to go back to the vedas. In his speech at Pune, he said that the internationalists regarded nationalism as very parochial and narrow, but they were wrong. The Indian concept of nationalism was not narrow, selfish or harmful because the source of its inspiration was the edict Satyam, Shivam, Sundaram. Bhagat Singh thought it was a  wrong idea. He said that Bose had faith in the greatness of our ancient age. Bose did not find anything new in the Panchayat Raj and Janata Raj because he believed that they were in existence in India in the olden days, as also was socialism. Bhagat Singh pointed out that Pandit Nehru’s opinions were quite different from those of Bose. Nehru said that in any country you would find people saying that their country had a  message for the world, but he did not think so. Nehru wanted youths to have revolutionary thoughts not only in politics but also in social and religious and financial sectors.

Bhagat Singh underlines Nehru’s observation that we should not accept tales from religious books, if they do not stand the test of reason. To Bhagat Singh, Nehru was radical and desired reformation in the society, while Subhas Babu wanted the status quo and believed in everything ancient, whereas Nehru wanted a revolt against it. Nehru said those who believe that they could revive whatever existed a hundred years back, Nehru said, “I want to tell them that it was impossible. The world in our imagination might be still but the real world is not still”.

Bhagat Singh felt that Bose demanded full Independence for India because the British were Western and we were oriental. Bose was thinking of the political freedom of the country, while Nehru’s demand of freedom was to achieve the radical changes in our social, political and financial status. Bhagat Singh said that Nehru’s thoughts were revolutionary and appealed to the mind as well as to the reason, while Subhas Babu’s appealed only to the mind but not reason.

Bhagat Singh then appealed to the young generation of Punjab not to be guided by emotion but by reason. He noted that Punjabis are emotional, they get excited instantly and then calm down quickly.  He wanted to impress on the minds of the Punjab’s youth that they needed intellectual food and not emotional stimulus. At the same time, he cautioned the people that they should not be blind followers.

He stated firmly that India would achieve freedom and understand the status of freedom in the context of the world through Pandit Nehru’s school of thoughts. We would then be spared of aimless intellectual wandering and saved from frustration. 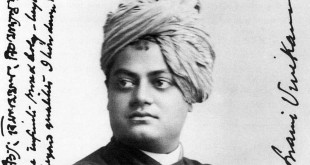