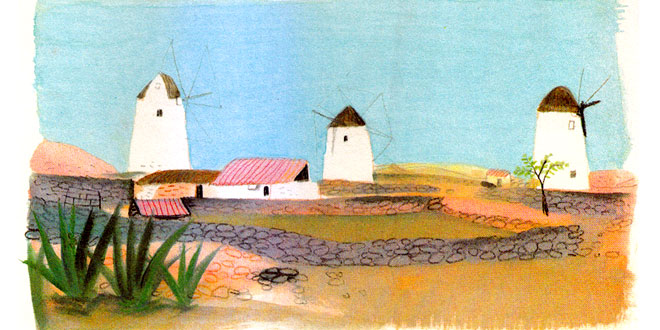 Portugal contains a broad coastal belt with inland plateaux and uplands rising to the Iberian Meseta. Most rivers rise in Spain and empty into the Atlantic. The volume of water varies greatly throughout the year. Forests cover one-third of Portugal. Typical plants include the cork oak and Mediterranean scrub. Wild animals include the ibex, the wild goat and various rodents.

Industry accounts for 44 per cent of the GDP and 35 per cent of the work-force. Portugal’s resources include some coal and lignite, copper, gold, iron ore, silver, sulphur, tin and uranium, but the only abundant minerals are pyrite and wolframite. The chief sector of Portuguese industry today is engineering, especially the production of equipment for hydroelectric projects. Also important are the manufacture of textiles, woolens and processed foods. Portuguese tiles, glassware, pottery and majolica are also well known. However, the per capita gross national product in 1981 was only US $2,520. This was the lowest rate in western Europe. Tourism is increasing and providing a useful source of foreign revenue. In 1982 Portugal had 7,299,000 visitors. The money they contributed to the economy represented more than five per cent of the GNP.

Portugal has an adequate system of railways and roads. Lisbon is the largest seaport. It also has the main international airport. The Azores are a major refueling stop on overseas flights. Apart from the Azores and Madeira Islands in the Atlantic, Portugal also possesses one overseas territory, Macau, in southern China. Macau is the only remnant of Portugal’s formerly vast colonial empire.