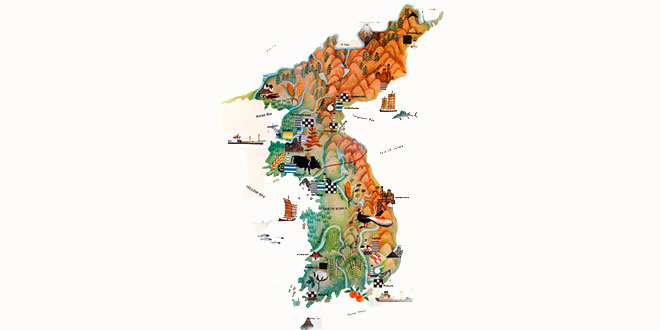 North Korea is mostly mountainous, with some lowlands on the Yellow Sea coast. More than half of the land is forested and wild animals include the bear, crane, goral (goat antelope), sable and tiger.

Farming, forestry and fishing employ 49 per cent of the workforce with 33 per cent in industry. Maize, potatoes and wheat are the leading crops, but soya beans, spices, sweet potatoes and tobacco are also cultivated, as is ginseng root, which is used in medicine. The country has greater mineral resources than South Korea, including coal, gold, graphite, iron ore and non-ferrous metals. There are sizeable light and heavy industries.