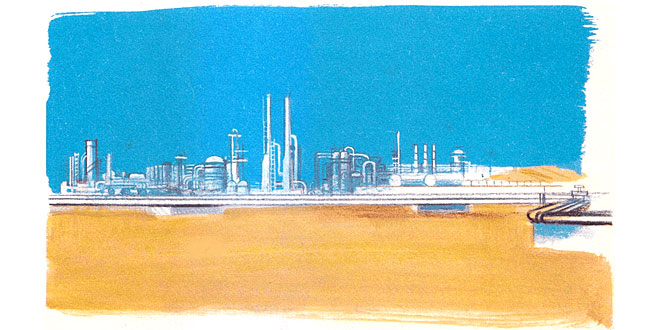 Kuwait is a small, flat country with deserts, steppeland and a few oases in the interior. Only about 1,000 hectares of land are used to grow cereals, dates and vegetables.

However, revenue from oil sales has made Kuwait so reach that the country has no income tax and the government provides free electricity, natural gas for household use, education, medical care and even drinking water produced by expensive desalination plants. Enormous sums have also been spent on the construction of luxurious housing, including irrigated gardens.