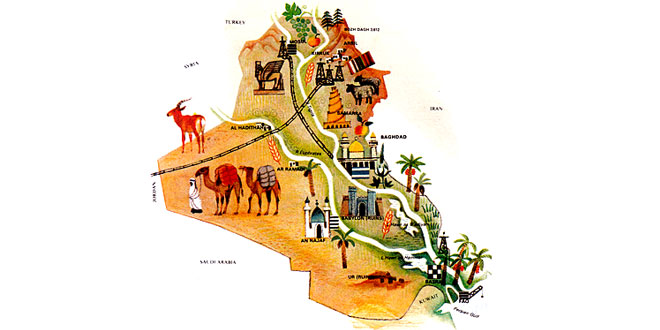 The northern part of Iraq is largely mountainous and desert covers much of the south and west. The most fertile area is Mesopotamia, an undulating strip of country between the two largest navigable rivers, the Euphrates and Tigris. The two rivers are controlled and extensively used for irrigation.

In 1980 agriculture employed 42 percent of the work-force, as compared with 26 percent in industry. Iraq produces such crops as cereals, cotton, dates (of which Iraq is the world’s second largest producer), fruit, rice and tobacco. The chief industry is the extraction and processing of oil. Traditional industries include the manufacture of textiles and cooking oil. Tourism is also important, the ancient monuments of the magnificent early civilizations being a major attraction.