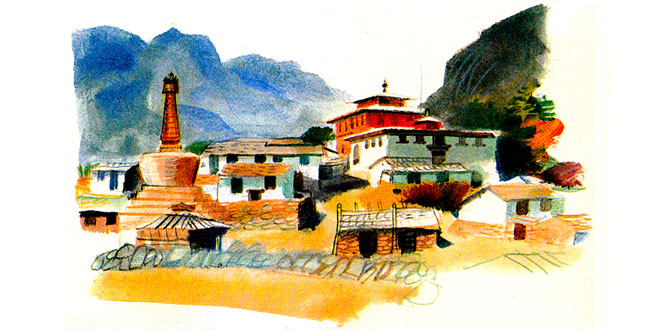 System of government: Monarchy
Capital: Thimphu. In winter, the royal court moves to Punakha, which has a milder climate than Thimphu
Location: Bhutan lies in the eastern Himalayas. It is sandwiched between India to the south and China to north
Area: 47,000 sq km
National composition: The Bhutias, who live in the eastern part of the country, migrated to Bhutan from India India; the Drukpas in western Bhutan are of Tibetan origin. Other minority groups live in the south
Religion: Buddhism
Official language: Dzongkha
Currency: Ngultrum = 100 chetrum
Climate: Subtropical, monsoon type in the south; mountain climates in the north