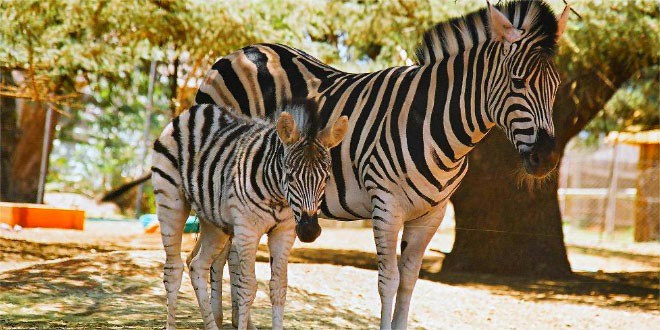 Zebra – Zebras are odd-toed ungulates of the Equidae family native to eastern, southern and southwestern Africa. They are best known for their distinctive white and black stripes, which come in different patterns unique to each individual. They are generally social animals and can be seen in small harems to large herds.

Zebras are generally 2.3 m (8 ft) long, stand 1.25-1.5 m (4 – 5ft) at the shoulder, and weigh around 300 kg (660 lbs), although some can grow to more than 410 kg (900 lbs). In addition to their stripes, zebras have erect, mohawk-like manes. Unlike their closest relatives, horses and donkeys, zebras have not been truly domesticated. There are three species of zebra: the Plains Zebra, Grevy’s Zebra and the Mountain Zebra. They can be found in a variety of habitats, such as grasslands, savannas, woodlands, thorny scrublands, mountains and coastal hills.

There are three extant species, as well as several subspecies. Zebra populations vary a great deal, and the relationships between and the taxonomic status of several of the subspecies are well known.

The Plains Zebra (Equus quagga, formerly Equus burchelli) is the most common, and has or had about twelve subspecies distributed across much of southern and eastern Africa. It, or particular subspecies of it, have also been known as the Common Zebra, the Dauw, Burchell’s Zebra (actually the subspecies Equus quagga burchelli), Chapman’s Zebra, Wahlberg’s Zebra, Selous’ Zebra, Grant’s Zebra, Boehm’s Zebra and the Quagga (another extinct subspecies, Equus quagga quagga).

The Mountain Zebra (Equus zebra) of southwest Africa tends to have a sleek coat with a white belly and narrower stripes than the Plains Zebra. It has two subspecies and is classified as endangered.

Grevy’s Zebra (Equus grevyi) is the largest type, with a long, narrow head making it appear rather mule-like. It is an inhabitant of the semi-arid grasslands of Ethiopia and northern Kenya. The Grevy’s Zebra is one of the rarest species of zebra around today, and is classified as endangered. 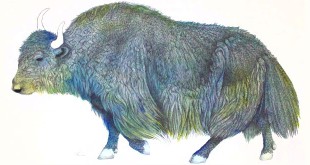