Flamingos filter-feed on brine shrimp. Their oddly-shaped beaks are specially adapted to separate mud and silt from the food they eat, and are uniquely used upside-down. The filtering of food items is assisted by hairy structures called lamellae which line the mandibles, and the large rough-surfaced tongue. The flamingo’s characteristic pink colouring is caused by the Beta carotene in their diet. The source of this varies by species, but shrimp and blue-green algae are common sources; zoo-fed flamingos may be given food with the additive canthaxanthin, which is often also given to farmed salmon.

Scientists have discovered that birds are dying by the thousands along the Rift Valley lakes of Kenya and Tanzania. However, they are baffled about the reason. Possible causes include avian cholera, botulism, metal pollution, pesticides or poisonous bacteria, say researchers. Also, fears for the future of the Lesser Flamingo – Phoeniconaias minor – have also been raised by plans to pipe water from one of their key breeding areas, the shores of Lake Natron. The lakes are crucial to the birds’ breeding success because the flamingos feed off the blooms of cyanobacteria that thrive there.

Most scientific attention has focused on the environmental changes to the lakes. Water levels have lowered and concentrations of salt in the water have increased. This increases the risk of toxic bacteria growing there. 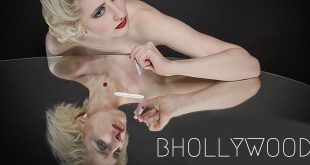