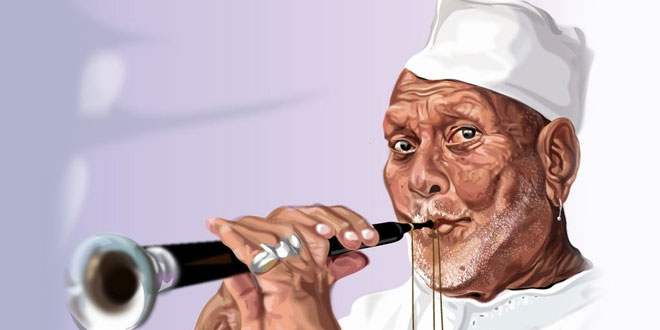 Over two decades ago, shehnai maestro Ustad Bismillah Khan heard a young woman singer, Soma Ghosh, at the ISKCON Auditorium here, and invited her to a musical ‘jugalbandi’.

Almost petrified by the unexpected invitation from a towering personality like Khan Sa’b — as the world addressed him — Soma didn’t dare take up the gauntlet.

Six months later, Khan Sa’b, a recipient of India‘s highest civilian award, the Bharat Ratna, called her again — this time inviting her to his humble home in Varanasi, and there she sang before his entire 40-member family.

“It was like a mini-audience. Then, Khan Sa’b gently asked his family whether I (Soma) should honour him with a ‘jugalbandi’; they all approved it! I finally found courage for my first ‘jugalbandi’ with the legendary Shehnai player,” Soma told in a free-wheeling chat.

Today, in Khan Sa’b’s birth centenary year, Soma — whom he adopted as his “foster daughter” — is immersed in fulfilling a cherished dream of the renowned shehnai player and his dear friend, the late Naushad Ali, legendary Bollywood music director.

“I am establishing a classical music institution, named ‘Bharat Ratna Ustad Bismillah Khan Academy’, in Varanasi. It will be dedicated to the preservation and propagation of endangered Indian musical instruments and the rich traditions and heritage of various musical ‘gharanas’ in the country,” said Soma, herself honoured with a Padma Shri in 2016.

The Uttar Pradesh government recently allotted a one-acre plot for the academy. But now begins the real challenge, said Soma, of “getting around Rs 35 crore to Rs 40 crore to set up the academy” in memory of Khan Sa’b, who died in August 2006, aged 90.

Soma explained that, these days, genuine music aficionados have virtually no good avenues to learn authentic Indian classical music, with most existing classes or institutions teaching in the “Bollywood style” — and now, music teaching and teachers are all “virtual” (online).

“Bollywood-style music has in itself become a ‘gharana’. But in the process, the age-old music and musical instruments are getting lost, the real dedicated masters and music teachers, composers and artistes are rendered penniless. I know of some good artistes who are forced to sell fruits or vegetables for a living,” Soma rued.

Khan Sa’b himself, despite dedicating his entire life to shehnai and popularising it the world over, died a pauper. Now, 10 years after his demise, his family struggles to make ends meet — and there are times when they can barely afford a square meal, she confided.

“Khan Sa’b was conferred the Bharat Ratna. Sadly, it did not bring him money. I humbly request the government to include a handsome cash component with this awesome honour, and even with the Dadasaheb Phalke Award,” Soma urged, noting that many recipients of these awards were in dire straits financially and passed away penniless.

“A generous cash component, say a few crores of rupees, would enable these great souls live a dignified life post-retirement, especially when they can’t pursue their chosen vocation, cannot depend on their kin to look after them and, because of their status, they can’t beg or borrow,” Soma explained.

Another issue of concern is the virtual lack of royalty payments for the musical albums composed by Khan Sa’b or other classical legends in the country, though Bollywood film music is an exception, she averred.

“Khan Sa’b’s famous wedding music, ‘Shaadi Ki Shehnai’, is played at each and every marriage in the country, but he didn’t earn a single rupee as royalty. Classical music also needs to be safeguarded in these aspects,” she said.

To mark his centenary year, the Ministry of Culture has organised musical programmes and concerts with renowned artistes all over India to remember Khan Sa’b in a “celebration of Indian classical music”.

In Mumbai, Soma Ghosh and her husband, national award winning director Subhankar Ghosh, will immortalise the echoes of the humble shehnai at a major concert with seven players on October 19 at the Nehru Centre.

“The function will see participation by Khan Sa’b’s son Ustad Nazim Bismillah Khan, and son-in-law Ali Abbas; Subhankar will present a docu-drama on the life and Guru-Shishya traditions entitled ‘Yaad-e-Bismillah’, showcasing his life from birth to death, his belief in universal peace and God,” Soma said.

The Ghoshs are also working with artistes in the country to save dying musical instruments like Shehnai, Dilruba, Tar-Shehnai, Sur-Bahar, Saraswati Veena, Rudra-Veena, Tabla-Tarang, Jaltarang, Esraj and others which have been a part of India classical music history and culture for centuries.

“At our last concert before President A.P.J. Abdul Kalam in Rashtrapati Bhavan, I asked Khan Sa’b what he wanted most at this stage in life, where he had achieved everything. He smiled and said simply, “I want more sur and more music’; I am merely striving to fulfil his last wish,” Soma said. 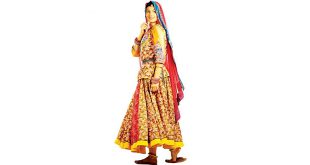