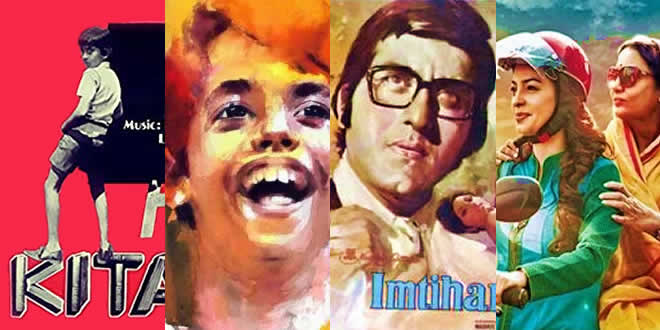 Bollywood Songs For Teachers Day: Teachers Day is celebrated as a mark of respect & to recognize teachers contribution towards the society. This day is a perfect time to honour your teacher and thank them.

5th September known as Teachers Day is the birth anniversary of Dr. Sarvepalli Radhakrishnan, who was a staunch believer of education, and was a well-known scholar, the President of India and above all, a teacher.

Teachers’ Day is celebrated in every school and colleges. A wide range of activities are performed on this special occasion. Right from gifts, flowers, and a note of appreciation to plan a Teachers’ Day party, you can do everything to show how much you appreciate all that your teachers have done for you.

Any celebration is incomplete without music, on this special occasion how can we miss some popular songs which pop-up in our mind, when we think of Teachers’ Day.

So this Teachers’ Day dive into songs fit for our priceless teachers. Here we have list of top Hindi songs on Teachers’ day which you can play before them to show your gratitude and say thank you and make them feel appreciated.

Written and directed by Gulzar, ‘Kitaab’ is a film about a little boy understanding the importance of education in life. The song ‘मास्टरजी की आ गयी चिट्ठी’ features child artist Master Raju singing the song in the classroom along with the entire class. Sung by Shivangi Kolhapure and Padmini Kolhapure, the song is bound to make you run down the memory lane and remember schooling days.

‘Imtihaan’ is a 1974 film, directed by Madan Sinha. The film stars Vinod Khanna, tanuja and Bindu in lead roles. The film is about an idealistic professor who decides to reform a group of rowdy students at a college. Vinod Khanna plays the professor in the film. The song ‘रुक जाना नहीं तू कहीं हार के’ has a very soulful music and lyrics. Penned by Majrooh Sultanpuri, the song is composed by Laxmikant Pyarelal and sung by Kishore Kumar. The song is so motivational that it pulls our heartstrings whenever it is played even today.

Aamir Khan’s ‘Taare Zameen Par’ was undoubtedly the movie of the decade. The 2007 film, explored the relationship between an art teacher and a dyslexic student. Aamir Khan in a role of an art teacher shows the real talent of a gifted boy played by child actor Darsheel Safary. While the film had many songs that stroked chord with the audience, the song ‘खोलो खोलो दरवाज़े’, is a song that motivates the students to follow their dreams and identify their skills. The lyrics of the song is by Prasoon Joshi, music has been composed by Shankar Mahadevan, Ehsaan Noorani, Loy Mendonca and has been sung in the voice of Raman Mahadevan.

‘Rang De Basanti’ is a 2006 movie is about a British documentary filmmaker who is determined to make a film on Indian freedom fighters based on diary entries by her grandfather, a former officer of the Indian Imperial Police. The film is directed by Rakeysh Omprakash Mehra. Although the film has nothing related to teachers, the song is played on the occasion of Teachers’ Day due to its quirky and fun-filled lyrics.

A Milind Ukey directorial, ‘Paathshaala’ stars Shahid Kapoor, Ayesha Takia, Shraddha Arya, Ali Haji, Sushant Singh and Nana Patekar. The film is about the commercialization of modern education system and several ideologies. The song is based on the life of a teacher which is played by Shahid Kapoor in the movie. Salim merchant has given his voice to the soulful song.

Directed by Jayant Gilater, ‘Chalk N Duster’ released in 2016. The film is about teachers’ and students’ communication, and highlights the problem of teachers and students in an educational system which is changing day by day. It features Juhi Chawla, Shabana Azmi, Zarina Wahab, Girish Karnad and Divya Dutta in pivotal roles. While most of the songs from the movie centre around its theme of educational system, teachers and students, the song ‘Aye Zindagi’ is a portrayal of strong teacher-student relationship as well as family bonds. The song is rendered by Sonu Nigam, with lyrics by Javed Akhtar and composed by Sandesh Shandilya.

The song ‘Sir Sir O Sir’ from the 1993 cult classic movie ‘Sir’ features Atul Agnihotri and Pooja Bhatt. The film is directed by Mahesh Bhatt. Naseeruddin Shah is seen playing the friendly teacher in the movie and the duo pays tribute to him through this melodious track.

A teenage girl will not accept her family’s attempt to arrange a marriage for her, as her heart is currently too full of love for the movies and heartthrob actor “Dharmendra”.

Ganga Jamna is a 1961 Indian crime drama film, written and produced by Dilip Kumar, and directed by Nitin Bose, with dialogues written by Wajahat Mirza. The film stars Dilip Kumar, Vyjayanthimala and Nasir Khan (real-life brother of Dilip Kumar) in the lead roles. Set in a rural part of the Awadh region of Northern India, the film tells the story of two impoverished brothers, Ganga and Jamna (Dilip Kumar and Nasir Khan), and their poignancy and sibling rivalry on opposing sides of the law, one a dacoit criminal and the other a police officer. The film was also notable for its Technicolor production, use of the Awadhi dialect, and its rustic setting, and it is a defining example of the dacoit film genre. 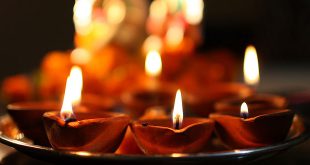 Diwali Diya: Diya is a small earthen lamp primarily lit during Diwali, the festival of …