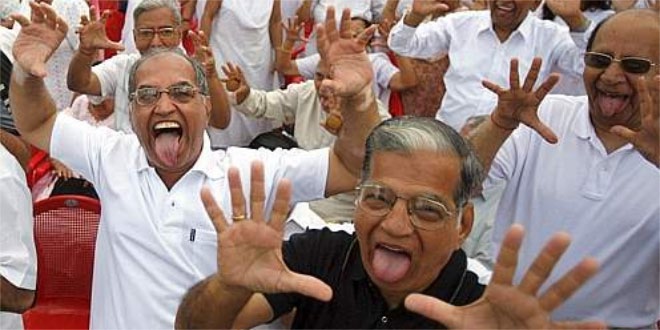 It is well said that the strongest and most powerful emotion of the living beings called laughter has all healing properties within it. Laughter is the perfect remedy with all the required ingredients for the healthy life. Laughter can change the mental state of its beholders as well the receiver. Based on above facts the concept of Laughter Yoga was introduced world wide and large number of people benefited from this unique curative therapy. Laughter yoga showed an exponential growth and became popular world wide. It resulted into 6000 Laughter Clubs worldwide on all the 5 continents. The popularity of laughter therapy introduced World Laughter Day.

World Laughter Day is celebrated across the world with an aim of promoting world peace, brotherhood and friendship among all.

This day reminds the society that laughter is the best medicine to ward off dangers of modern day monotonous and mechanized lifestyles. People from different walks of life celebrate World Laughter Day with great enthusiasm crossing all social, professional and personal barriers.