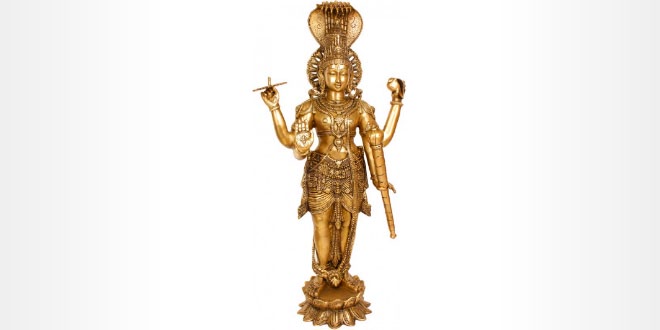 Bhavishya Puran makes a mention of legend associated with Shravana Putrada Ekadashi. The legendary tale was narrated by Lord Krishna to King Yudhisthira.

A powerful King by the name of Mahijit ruled the kingdom of Mahishmati. Despite all his riches, the King was depressed, all the while. He was childless and hence sought the advice of priests and other noblemen in the region. However, no results emerged and the King continued to remain worried.

Seeing his worries, the noblemen in his kingdom sought advice from a saint by the name of Lomesh who was considered to be a learned man. Sage Lomesh through his meditation found that the reason for the King’s present scenario laid in his previous birth.

Sage Lomesh pointed out that in his previous birth the King was a shrewd merchant who worried only about his riches. Once during a journey the merchant felt thirsty and came across a pond.

A cow was drinking water from the pond along with her calf. The merchant driven by the intensity of his thirst drove away the cow and drank the water instead. This resulted in the King being childless in his present birth. The sage advised the King and his queen fast on this day and follow the Shravana Putrada Ekadashi rituals in true earnest thereafter. The King heeded to the Saint’s advice and was blessed with a son soon thereafter.