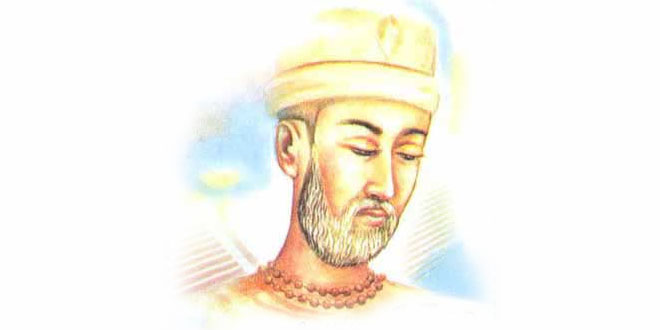 Saint Kabir Jayanti is celebrated in honor of Sant Kabir Das, a mystical saint and poet predominant in North India. Kabir was born to Muslim parents in Benaras (erstwhile Varanasi, Uttar Pradesh) who turned to spirituality and religion at a very young age. Saint Kabir Jayanti is observed as an auspicious day dedicated to Kabir.

His life took a major turn after he started following the teachings of Guru Ramananda, a 15th century Hindu mystical guru who coined the name Kabir Das. However, the most difficult part about Kabir Das is that it is impossible to categorize him as Brahmin, Sufi or Vaishnavite. Kabir Das used to describe himself as the child of Allah sometimes and as child of Ram during other times.

Throughout his life, Kabir Das maintained such a unique distinction of not following any particular religion that it has created a confusing state among people as to term him a Hindu or Muslim. However, he is credited for his artistic acuity with which he used to express divine feelings with beautiful arrangement of words. Professionally, Saint Kabir Das was a weaver who used to spend most of his time at the loom, but the way he had woven magic in traditional realms of Hindus and Muslims equally is something that can never be ignored.

Saint Kabir Das reached the abode of God in Maghar close to Gorakhpur in 1518. However, immediate dispute began regarding the way in which his final rites must be performed. It is believed that both Hindus and Muslims claimed the body to perform the funeral rites. To their utter surprise, Kabir Das stood up and asked them to lift his body and view beneath. Lying there was nothing but a beautiful array of flowers. Devotees and his followers were speechless with Hindus along with some flowers leaving to Varanasi and the rest of the flowers taken by Muslims to Maghar.

Kabir Das was influenced with various incidents throughout his life that made him even more popular. In order to break his spiritual path, a beautiful courtesan had been sent to him with no effective results. Similarly, he was taken to the court of Sikander Lodi after having been believed that he possessed some magical powers. Eventually, he was made to leave the city of Varanasi in the year 1495 after which he never returned. During this period of his life, Kabir toured entire North India spreading oneness among people.

Mystical odes from Kabir Das made him an iconic character during the 15th century. Displaying a mature way of thinking, he is best remembered for some of the one-liners he uttered in response to various queries from people in his own inimitable style. For instance, he expressed his feelings beautifully in words such as “The Purana and The Koran are mere words” and God is “neither in Kaaba nor in Kailash”. All over his life, Kabir actively denounced both temples and mosques maintaining that God is in everyone and exists everywhere.