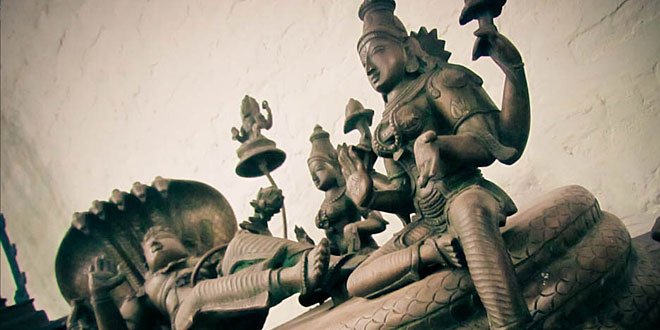 Paush Kabir Ekadashi is celebrated by Hindus with a lot of pomp and fervor across India. Addressed with several alternative names such as Pausha Putrada Ekadashi and Putrada Ekadashi, this is one of the important vrats (fasts) observed by the entire Hindu community in order to ensure that they are blessed with a son. Special pujas are performed on this auspicious day dedicated to Lord Vishnu. People throng temples in long numbers all over India to offer their due respect to the divine entity.

According to Sanskrit language pundits, putrada refers to “giver of son” and refers to Lord Vishnu. More specifically, the day is observed on the Ekadashi and comes during the months of December and January. Childless couples too await for this special day so that they could be blessed with a son by the God. Shravana Putrada Ekadashi is another similar event that is observed during the months of July and August. Scholars and pundits have got unique significance between both the festivals because of the specific importance given to both the festivals.

Vaishnavas are known to offer their sacred prayers to Lord Vishnu so that they are blessed with a son. Newly married couples consider it as a tradition to ensure that keeping vrat on this day with a lot of dedication so that their prayers are answered for sure. Hindus consider the birth of son as a divine blessing from God as a male child is known to perform various traditional rites. This custom is being observed since several ages. Additionally, sons are known to take care of parents during their old age. Bhavishya Purana too has references to the Putrada Ekadashi. This has been made clear by Lord Krishna to King Yudhishthira during one of his divine briefings.

As part of observing this day with utmost respect, couples are known to avoid select fruits and vegetables reflecting their devotion to Lord Vishnu. It has been mentioned in the purana that every Hindu must observe Ekadashi with a lot of respect to surrender themselves to God and attain moksha. Sons are known to perform “shraddha”, which is a kind of ritual meant for the peace of souls as per the traditional Hindu customs.

According to one of the inscriptions available, Suketuman along with his queen Shaibya has left for the forest extremely disappointed because of the lack of progeny. The Kind of Bhadravati finally arrives at Lake Manasarovar to the ashram of some seers on Putrada Ekadashi. Seeking their divine blessings, the royal couple returns back to Bhadravati. Soon after, they were blessed with a baby boy because of which the importance of this Ekadashi has increased to an even further extent. It is because of this reason that every childless couple is advised to observe fast on this day. Newly married couples consider this day to be most auspicious in order to seek divine blessings for a son.