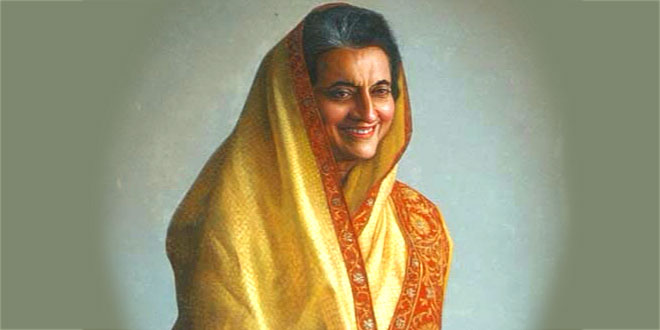 National integration indicates the feeling of common identity amongst the people of country even after being from different races, cultures, religions or regions in order to build a strong and developed nation. It promotes the unity in diversity and feeling of oneness amongst people to a great level. It brings a type of racial and cultural similarity among people of different community. It can be said that the unity which was displayed during the Indian Independence movement amongst the common Indian people against the British Rule.

She got married to the Feroze Gandhi in 1942 and got an opportunity to become Congress Working Committee member in the 1955. Indira Gandhi was a great political leader and thus selected as President in the year 1959. She also became a Cabinet member of the Lal Bahadur Shastri as the Minister for Information. After the sudden death of the Shastri Ji in 1966 at Taskant, Russia, she was selected as the Prime Minister of India.