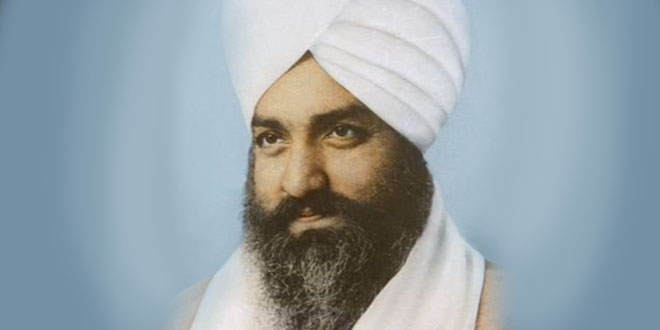 Every year April 24th is celebrated as Manav Ekta Diwas or Human Unity Day in whole Nirankari world. The day is the anniversary of the sacrifice by Baba Gurbachan Singh Ji for the entire Humanity.

Baba Gurbachan Singh Ji was a great saint who preached human brotherhood through spiritual awakening of masses. Since his assassination, people all over the world have been observing Manav Ekta Diwas on his sacrifice anniversary.

Baba Gurbachan Singh ji encouraged members of the Nirankari Mission to be resourceful, helpful and efficient.  It is this inspiring ethos which was the driving force behind the Missions Volunteers.

As per divine words of Babaji’s Holiness, ‘Blood should flow in veins, not in drains’; Sant Nirankari Mission organizes special blood donation camps and community clean projects to observe Manav Ekta Diwas all over the world.

Previous Slogans on Save Earth For Students, Children
Next Vallabh Acharya Jayanti Information For Students