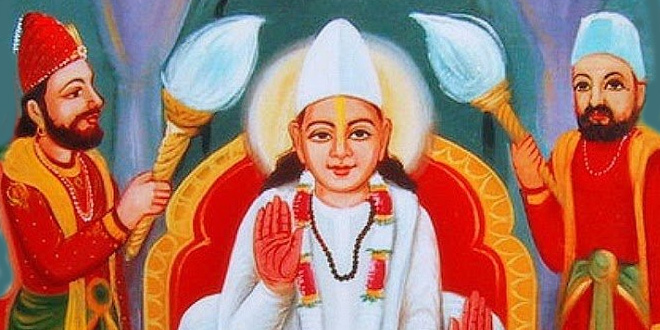 Dadu Dayal Jayanti is celebrated in honor of Dadu Dayal, a religious reformer from Rajasthan who was born in Ahmadabad in 1544. Though hailing from the lower rungs of society similar to Kabir, he was influential in creating a greater impact upon the society. Fostered by Lodhi Ram after he found Dayal floating in River Sabarmati, he went onto emerge as one of the iconic religious gurus representing the state of Rajasthan in North India. Dadu Dayal decided to take Samadhi in 1603 at Naraina in Jaipur city. Regarded as most influential across India for his confining preachings, Dadu Dayal was able to offer every detail from puranas to his followers and devotees.

Transformation of Dadu Dayal into a Saint

After leading a normal life during the initial period of his life, Dadu Dayal moved to Rajasthan in better pursuit of life. Working as a dedicated cotton carder, he experienced the austerity of life in a perfect manner. However, his first major transformation has come after he met some seers in his life. This specific incident in his life made him consider the religious path. Eventually, he was turned into a saint after considering his personal life experiences on par with Sant Kabir.

Dadu Dayal was a poet-saint from Gujarat, India, a religious reformator which have said against formalism and priestcraft

Dadu Dayal was blessed with two sons and a daughter after he got married in Jaipur. However, the saints whom he met ensured that he undergo complete transformation turning himself into a holy saint. More precisely, he used to preach about the values related to Nirguna sect spread actively all over North India. The much revered personality also enjoyed life as a musician. Penning numerous manuscripts was hugely concerned by Dadu Dayal as part of his passion towards arts and culture. Numerous people became his followers after getting attracted to his selfless attitude.

Owing to the valuable teachings from Dadu Dayal on a regular basis, people across India started taking notice of him. Eventually, the number of people following him increased in a tremendous manner. The formation of Dadu Panth, a movement that is based upon the impact and awareness created by Dadu Dayal, too has contributed towards his immense popularity overall. People in Rajasthan and Gujarat hold him in high esteem. Hundreds of followers from other states such as Haryana and Punjab too used to follow him.

Dadu Dayal was instrumental in setting up ashrams known as Thombas. Based upon the kind of valuable information he used to offer in a convincing manner, famous historical personalities like Mughal emperor Akbar became his followers. The other areas where the ashrams were setup by sant are identified as Naraina, Sambhar, Karadala, Amer and Bhairanaji. The term “Dadu” literally refers to brother and “Dayal” means sympathetic by nature. People observe Dadu Dayal Jayanti by assembling at his ashrams each year in large numbers. It is believed that those who offer food and clothes on this day to the needy will be able to find prosperity in life.