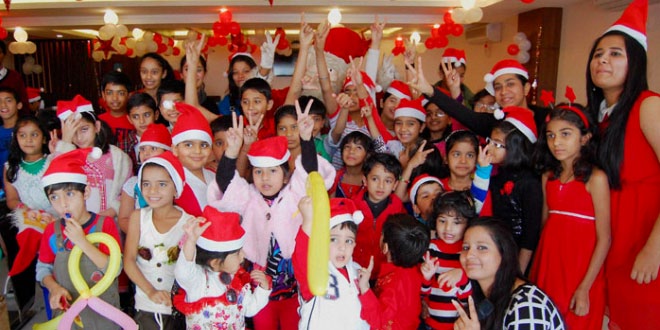 Christmas is a Government holiday in India. It is one of the two major Christian celebrations that are officially observed around the world. Along with Easter, it is considered a high holy day and a time of great celebration for Christians.

In US & Europe, it is highly appropriate to throw a company Christmas party. The holiday’s emphasis is on “goodwill to all men,” and most Christians are comfortable having co-workers join the festivities, regardless of faith. It is appropriate to offer employees greeting cards or small gifts; an extra financial “bonus” is a tradition in many companies. Use discretion regarding the use of Christmas decorations in the office environment, as staff members of other faiths may be offended by an office-wide display. Christian employees may be allowed to decorate their own spaces discreetly, so long as it does not infringe on the space of those of other faiths.

Christmas is a Government holiday. All government offices, schools, banks, the stock market and most businesses are closed. Many closings begin December 24, or in the late afternoon of that day. In US, the federal government and other organizations remain closed through January 2. Christmas is one of the two most important and universal religious observances (the other being Easter) for Christians. People often travel great distances to visit family for Christmas. It is not unusual for many people to take the entire week off from work between December 25 and the first of January. Christian employees expect to have at least the day of December 25 off, and most are allowed to leave work early on the afternoon to evening of December 24.

In US, closings begin on the evening of December 24 and may continue through January 1; they include government offices, banks, schools and many businesses. As a popular vacation period and family time, business event scheduling should be avoided. Business sectors such as travel, entertainment, hospitality and vacation services are often busy with peak-season business at this time. When the holiday period is over, company retreats and other business events may be scheduled more comfortably, with both more availability and lower cost of accommodations.

Christmas Day is the symbolic anniversary of the birth of Jesus of Nazareth, the prophet on whose teachings Christianity was founded. It is a highly festive occasion, marked by gift giving and acts of charity; family gatherings and communal feasts; and parties featuring traditional foods and beverages. The birth of Jesus is often recounted from the Bible or other literature. Throughout the world, “creches” (French for “crib”) depicting the birth are set up in outdoor commons or other venues. In northern cultures, the most central fixture is a “Christmas tree”? a pine, spruce or fir tree decorated with colored lights, multicolored glass balls and hanging objects representing angels, stars or animal figurines. Christmas wreaths (pine branches wound into a circle and decorated with a ribbon) are traditionally hung on the front doors of homes as a sign of welcome to visitors and to Saint Nicholas (also called Santa Claus), a mythical bearer of gifts. In southern climates, decorations include indigenous greenery accented with regional colors. On Christmas Day Eve (December 24) and Christmas Day, services are held in churches around the world. At this time, communities come together to give prayers of thanks for the birth of the “savior” and sing Christian hymns of spiritual aspiration.

Previous A Christmas Carol: Charles Dickens
Next Christmas Through the Eyes of a Child: Parenting