Canada Day — July 1st of each year is Canada’s most significant national holiday, equivalent to the Fourth of July in the United States. It is not an official U.S. holiday.

Canadians and Americans enjoy a friendly relationship based on geographic proximity, their shared status as ex-colonies of Britain, and a longtime economic partnership. The Canadian provinces of British Columbia, Ontario and Québec are favorite weekend destinations for Americans in the Northern states.

Due to the combination of French and English language orientations throughout the country, some Canadians have a speaking accent. Canadian culture is majority English, but the province of Quebec is majority French. (There is also a prominent Native Canadian population.) Canadians from Quebec may have conflicting feelings about their designation as “Canadians.” In recent decades, there have been calls for a secession of Quebec from Canada, a result of cultural antagonisms that have existed since colonial times.

This is not an official U.S. holiday. Some Canadian organizations or clubs in the United States, including the Canadian embassy or consulate, may host events. These sometimes begin in the mid-afternoon, in which case Canadian employees or those with close ties to the Canadian American community may appreciate being given the option to leave work early to attend.

Canada Day is a major national holiday. Government offices, banks, schools and many businesses are closed. Some department stores, however, remain open for holiday shoppers. In Canada’s capital of Ottawa, streets are closed off around Parliament Hill, site of the main public festivities. In the province of Québec, July 1 is “moving day,” with residents vacating and moving into residences around the province. Accordingly, moving vans must be reserved up to a year in advance and mobility around Montreal may be affected, with streets blocked or traffic slowed on city streets. For residents of Québec, the French-speaking province, St. Jean Baptiste Day (“Fête Nationale”) in June generally holds more significance than Canada Day, which is an English Canadian observance. 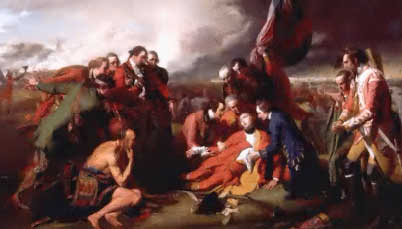 This observance, originally known as Dominion Day, commemorates the passing of the British North America Act on July 1, 1867, which marked the first step in the process of Canadian independence from Britain. Canada Day events include parades, exhibits with Canadian themes, and the display of the Canadian national flag with its hallmark red maple leaf emblem. The Canadian Prime Minister of Canada gives a speech, and a special ceremony awards new immigrants their Canadian citizenship. The Canadian National Anthem, “O Canada!” is sung, along with the English anthem, “God Save The Queen!” for those with a close connection to their British heritage. The Canadian Mounties, policemen mounted on horses, perform a routine on horseback set to music, called the “Musical Ride.” Fireworks are set off over the Parliament Buildings in Ottawa, the national capital, and at other sites around the country.

Canada, the world’s second-largest country (after Russia), is the largest country in the Western Hemisphere and comprises all the North American continent north of the United States, with the exclusion of Alaska, Greenland, and the tiny French islands of Saint Pierre and Miquelon. Its most easterly point is Cape Spear, Newfoundland, and its western limit is Mount Saint Elias, in the Yukon Territory, near the Alaskan border. Its east-west extent is 5,514 km (3,426 mi), a distance so wide that six time zones lie within the country’s borders. The southernmost point is Middle Island, in Lake Erie; the northern tip of land is Cape Columbia, on Ellesmere Island, 1,850 km (1,150 mi) north of the Arctic Circle.

Canada is bounded on the north by the Arctic Ocean, on the west by the Pacific Ocean, and on the east by the Atlantic Ocean and its associated bodies of water, including Baffin Bay and the Labrador Sea. Its only international land boundary is with the United StatesÑon the northwest, where the Yukon Territory and British Columbia border the state of Alaska, and on the south, where the U.S.ÐCanada border is 6,416 km (3,987 mi) long.

Canada has a total population of 28,846,761 (1996), or approximately 11% that of the United States. About 80% of this number live within 160 km (100 mi) of the U.S. border on the south; approximately 89% of the country is virtually unsettled. Because of these vast tracts of virtually uninhabited northern forests and tundra, Canada has one of the lowest population densities in the world.