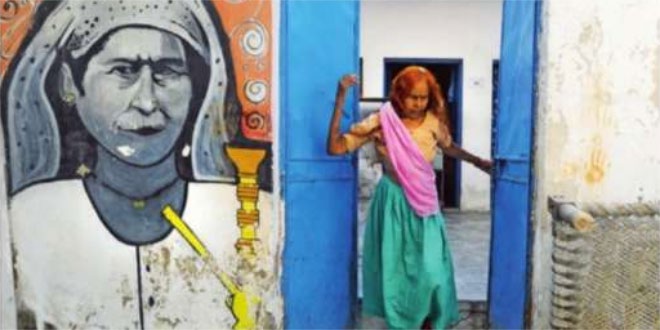 Neb Sarai Village, New Delhi – Where each wall is a canvas

The pursuit of art and “struggle” go hand in hand, but for broke artists living on a dream to make it big, Neb Sarai village in south Delhi offers an affordable roof and unlimited canvas space. Most streets in the village have a wall or two painted over with a portrait or abstract art – the work of resident artists. While the villagers don’t understand all of the ideas behind the murals, they are appreciative enough to let their own children assist and learn from tomorrow’s masters. 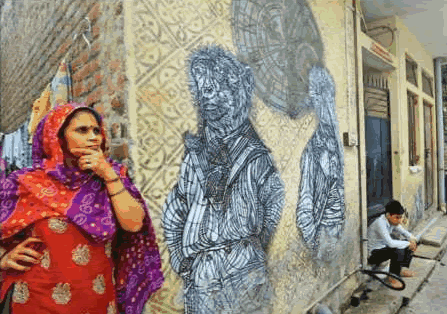 Without the artists, Neb Sarai is mere haphazard growth – unauthorized and lacking basic amenities for its mushrooming population. But in its middle lies NIV Art Centre that has become a platform for struggling and upcoming artists to sharpen their skills and reach a wider audience. Painters, sculptors, street artists, caricaturists and designers from across the country make it a base in their early careers.

Although NIV opened in 2007, it became popular only after Indira Gandhi National Open University (IGNOU) started a masters programme in fine arts. “The full-time course attracted a lot of budding artists, most of whom lived in this village,” said Avtar Singh, a painter from Punjab who was in the first batch.

Shailesh, a sculptor from Uttar Pradesh, chose to live there because “If you want to make it in the art world, you need to live close to the community.” He needs to use strongly smelling chemicals that few landlords would tolerate but in Neb Sarai he found space for a studio quite cheaply. He has lived in the village for three years and says, “The locals are cooperative and accommodating.” R Ritesh, an art historian who works with Niv Art Centre, said even foreign artists live in the village. “Every year, around 300 artists come and go at the centre.”

Some artists leave in weeks, others stay on for years. “The village is a perfect location as we are close to the mainstream market, and yet affordable,” said Singh. Room rents vary from Rs 5,000 to Rs, 12,000 depending on the space and privacy they offer. Bimri’s portrait greets passersby from the outer wall of her house. She let a young artist paint it and says, “It is nice to have these people in the village. They have painted the walls with beautiful colours.”

The 70-year-old has seen Neb Sarai transform from a cluster of “huts and very few pucca houses” in the days when most of its residents worked as labourers. “This is no longer a village but just like any other colony,” she added.

Two lanes ahead, Phoolwati proudly shows a mural of monkeys painted on an outer wall of her house. Her 10-year-old son had helped the artist and got to learn from him in return. “He has painted some murals inside the house as well,” she said. 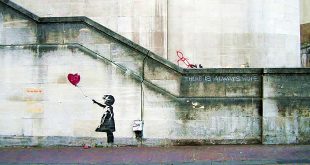 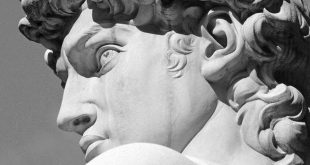 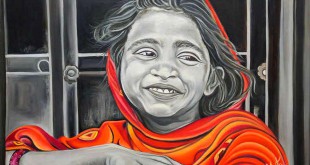 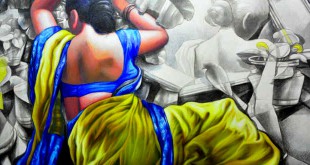 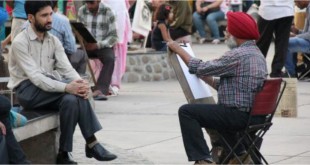 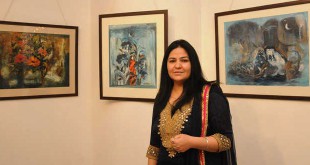 Kansa Vadh: Kansa was the maternal uncle of Lord Krishna and Balarama, and the King …