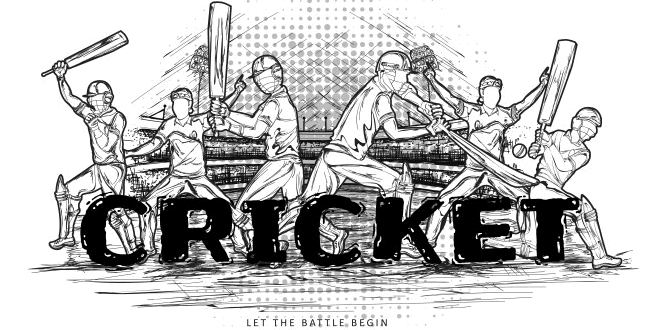 The international championship of One Day International (ODI) cricket is organised by the sport’s governing body, the International Cricket Council (ICC), every four years.

The ICC Cricket World Cup 2015 commenced on February 14, 2014 with New Zealand taking on Sri Lanka in Christchurch in the first match and Australia facing off against England later on the same day in Melbourne.

The final of the tournament will be held at the Melbourne Cricket Ground on March 29, 2015.

Here are the 10 breakthrough records that swayed the world in the history of the competition:

1Most Centuries: Sri Lankan international cricketer and a former captain of the Sri Lankan national team, Kumar Sangakkara, on March 11, 2015, became the first batsman to score four centuries in a row in the ICC Cricket World Cup. Sangakkara hit his fourth consecutive century in the game 35 of the ICC World Cup 2015, played against Scotland at the Bellerive Oval, Hobart, Australia. 2Highest number of 50s: Former Indian player Sachin Tendulkar holds the record for making the highest number of half-centuries (50s) in the ICC Cricket World Cup. Tendulkar has made a total of 21 half centuries, seven of which he made in the 2003 tournament.

3Highest Wicket Taker: Australian player Glenn McGrath dominates the individual bowling records, having featured for his country in four World Cups. He has one of the best strike rate and economy rate among any other bowler, having the best individual bowling figures and taken more wickets in the history of the tournament. McGrath holds a record of taking a total of 71 in the world cup tournament. In the year 2007, McGrath took 26 wickets in 11 matches. 4Highest Number Of Catches: Australian former cricketer, Ricky Ponting, who was captain of the Australia national cricket team during its ‘golden era’ between 2004 and 2011, is the leading fielder in terms of catches made (28), in both an individual World Cup tournament and in the competition’s history. 5Highest Runs: India’s Sachin Tendulkar holds the record for making highest runs (2278) in the Cricket World Cup. Tendulkar made 673 runs in 11 innings in the 2003 play-offs. 6Most Sixes: South African cricketer Abraham Benjamin (AB) de Villiers, who captains the South African ODI team, has hit the most sixes during the entire tournament, making a record total of 36. In the ICC Cricket World Cup 2015, Villiers smashed 20 sixes in six innings. 7Fastest 150: AB de Villiers, in a match against West Indies in the World Cup 2015 game, created history by smashing the fastest 150 runs in 64 balls. 8Fastest Century: Kevin Joseph O’Brien, an Irish cricketer who plays for Railway Union Cricket Club and has played for several English county cricket clubs, holds the record for hitting the fastest century against England, in 50 balls (2011). 9Highest Score: Christopher Henry ‘Chris’ Gayle, who plays international cricket for the West Indies, scored his double century, making a record of 215 runs, in a match against Zimbabwe in the 2015 world cup tournament. 10Maximum number of appearances in the World Cup Cricket: