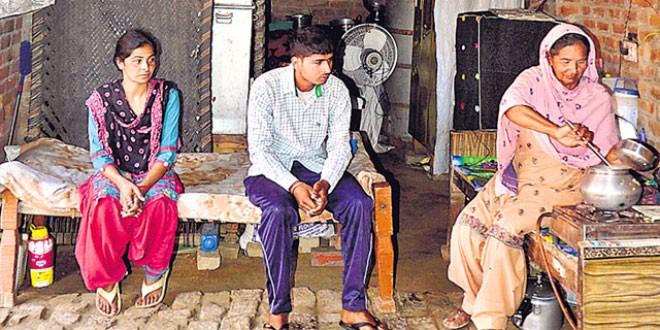 The family of Khushbir Kaur, who won silver in 21km race walk at the Incheon Asian Games last year, has been living in a cowshed for over a fortnight.

The family demolished their house anticipating the construction of their new house at Rasulpur Kalan village by the Khalsa College for women, Amritsar.

The college had promised to build a new house for Khushbir after her gold at the Asiad. However, the construction has not started till now.

While Khushbir is away to Portugal for her training, her sister Harjeet Kaur said they demolished their house on March 22 and ever since they’ve been living in the cowshed.

Harjeet, who stays with her mother Jasbir Kaur and brother Bikramjit, rejected media reports blaming the college authorities for the delay, adding that the delay was due to some problem with its proposed layout.

“The roof starts leaking whenever it rains and we have to cover all our household goods with tarpaulin,” she lamented while urging the college authorities to expedite the process.

On the other hand, Khalsa College principal Sukhbir Kaur Mahal said there has been no delay on their part. “Khushbir’s family has not been able to decide the layout for the new house. They also have some dispute with their neighbours, which has added to the delay,” she said, adding that the college has already allocated Rs 5 lakh for her new house.

She said ideally the state government should extend a helping hand to its star athletes.

Share
Previous What is terroir?
Next What is the ‘art of moving’?