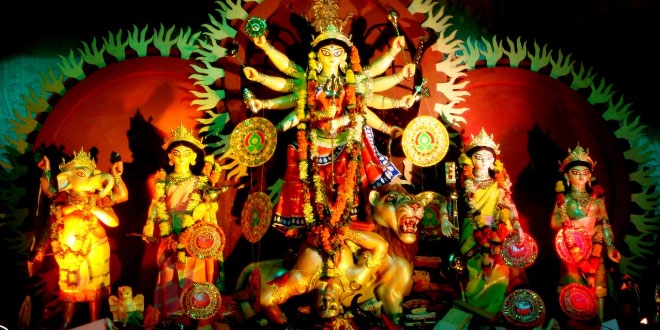 Decked up in their best, residents of West Bengal state of India plunged into festivities and merriment on Monday marking the first day of Durga Puja – the biggest festival in this part of the world.

Chants of ‘Jai Durga’ and ‘Bolo Durga Mai Ki Jai’ reverberated across the state with every city, small town and village joining in the fervor as the five-day festival got off to an electrifying start.

Festooned in lights and dotted with splendid marquees, the eastern metropolis welcomed its patron goddess on Monday with the beats of dhaak (drums) and aroma of incense.

Thousands of men, women and children, turned up in their best on the streets of Kolkata making rounds of different marquees.

In Kolkata, there are around 2,470 community pujas and 5,000 family pujas. Each year, organisers come up with innovative themes and try to better their previous attempts.

This year is special since the transgender community is observing its own version of the puja.

The transgender rights activist group Pratyay Gender Trust in collaboration with Udyami Yubak Brinda Durga Puja committee, a community organisation, has modelled their idol on the Ardhanarishwar or the composite androgynous form of Lord Shiva and his consort Parvati.

The five-day festival-that begins with Shahsthi, and the subsequent four days – Saptami, Ashtami, Navami and Dashami – translates into frenzied pandal-hopping (visiting marquees) in new clothes, meeting friends and family and stuffing oneself to the brim with traditional delicacies.

This year, the festival will span four days as Navami and Dashami fall on the same day, October 22. The idols are scheduled for immersion on October 23.

From introducing a mobile application to installing CCTV cameras at strategic locations, putting up check points and deploying sufficient number of male and female personnel, police have made elaborate security arrangements to ensure a peaceful Durga Puja.

Shashthi – the sixth day of the lunar calendar – also marked the beginning of the puja rituals.

Kalparamvo (the beginning of the Pujas), Bodhan (the consecration of Ma Durga’s idol), Amantran (inviting the Goddess) and Adhivas (sanctifying the stay of the Goddess in the exact spot where the puja is being held) – were performed in community puja marquees and households where the deity is being worshipped with all zeal.

According to Ramayana, before attacking Lanka in search of his wife Sita, Lord Rama had performed Durga Puja in autumn – a time when the gods sleep, according to the Hindu religious texts.

So Lord Rama had to first wake up the goddess prematurely, and as such, the awakening in the autumnal festival is called “Akal (untimely) Bodhan” of the goddess.

However, mythology also states that the puja celebrates the annual descent of Goddess Durga, the slayer of the demon Mahishashur, accompanied by her four children – Ganesh, Kartik, Lakshmi and Saraswati – on the Earth to visit her parents.

The goddess, astride a lion and wielding an array of weapons in her ten hands, stays for four days to eradicate all evil from the Earth before returning to her husband Lord Shiva at Kailash on Dashami. 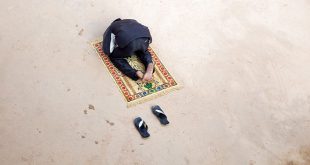 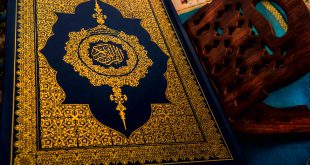 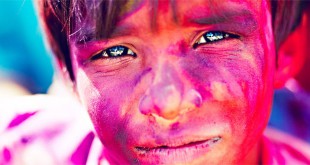 Holi Greetings: Holi is a spring festival, also known as the festival of colors or the …