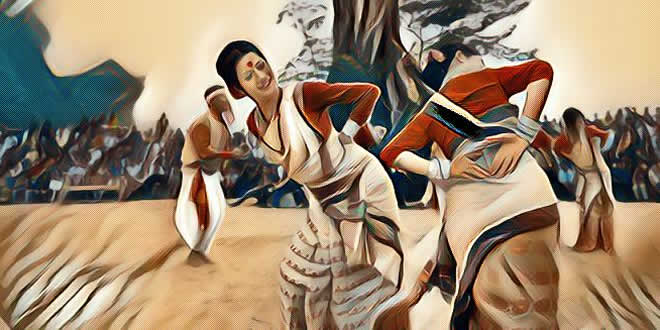 Assam is one of the most beautiful states in India in all apparent ways including the cultural and scenic beauty. Bihu is a festival of fun and frolic since it marks the Assamese New Year as well as the cycle of the paddy crop. The name of the festival Bihu is derived from the Sanskrit word Vishnu which is the name of a major Indian God. The festivities include dressing up in traditional costumes, preparing traditional eatables and dishes associated with Bihu festival and dancing on to foot tapping Bihu folk songs. Bihu is celebrated thrice every year, each time to denote a different stage of cultivation of the rice crop.

The first type of Bihu, which is Rongali Bihu, is the major and the most popular Bihu celebrated in Assam. Celebrated in mid of April, this Bihu marks the beginning of the Assamese New Year, which is the first day of the year according to the traditional Hindu calendar. It is also celebrated in Bengal, Manipur, Nepal, Orissa, Punjab, Kerala, Tamil Nadu etc. though with different names.

Celebrated in middle of October this Bihu is not celebrated with frivolous gaiety, instead it is celebrated with great somberness. The reason behind this is that the paddy crop is only growing at this time of the year and the granaries of the peasants are empty. The festival is supposed to be of the poor. Prayers are said and customary rites are followed during this Bihu in the evening.

This Bihu falls in the middle of January and is commonly known as Magh Bihu. The festival is celebrated to mark the paddy harvesting season and that is why the festival is called Bhogali Bihu, derived from the word “Bhog” which means feasting. Bihu songs are sung and dancers sway to the rhythms of these songs. The festivities take place till late at night and the youth of Assam make merry.