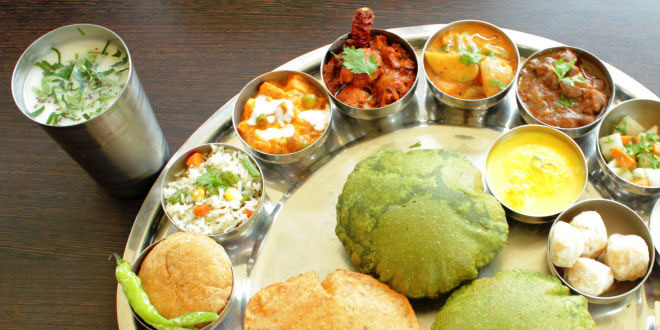 Ram Navami is one of the prominent festivals of Hindus in India. The festival, which marks the birth of Lord Rama – the seventh incarnation of Lord Vishnu – is celebrated with gusto, by people in different parts of the country. According to the legends, Lord Rama was born as the eldest son of Dasaratha, the king of Ayodhya, and Kaushalya. Lord Rama is worshiped as one of the most influential deities – he is regarded the epitome of humankind, a perfect son, an ideal husband and father. In fact, he is one among the most worshiped Gods of Hinduism. Many Hindu temples in India are especially dedicated to the deity. On the auspicious occasion of Rama Navami, Lord Rama temples are flocked by his devotees.

The celebrations of Ram Navami are marked by fasting, chanting mantras and singing bhajans in the praise of Lord Rama. Although people in different parts of the country celebrate the festival in their own ways, the thought amongst them remains one and the same – to offer their prayers to the deity and honor his birth. Out of the traditions of Ram Navami, fasting stands out as one of the most popular ones, followed since ages. On the wonderful occasion of Rama Navami, the devotees of Lord Rama observe a whole-day fast, as a part of the festivities. After offering prayers to the deity, they break the fast in the midnight, by eating fruit. Explore the article to know more about Ram Navami fast (vrat).

The followers of Lord Rama would observe a whole-day fast on the festival of Ram Navami. The fast is also called vrat. Although it is not mandatory to observe a water-less fast (nirahar vrat), many people observe a stringent fast, when they would not drink a drop of water until midnight, when they break the fast. On the other hand, those who prefer to follow a particular diet for the fast, are recommended to eat certain foodstuffs including potatoes made in any form without haldi (turmeric), garlic, ginger or onion. Sendha namak (rock salt) is used for the preparation of food for Rama Navami fast. While on a fast, the person can also eat curd, milk, tea, coffee, fruits and root vegetables.

Like most of the Hindu festivals, fasting holds special significance in the celebrations of Ram Navami too. It is believed that when a devotee observes fast on Rama Navami, with sincerity and immense devotion, he/she is blessed with health, wealth and prosperity for the year ahead. Therefore, it has been a tradition since a long time to observe fast on the festival. This perception has been supported by the ancient religious texts of Hinduism, according to which, fasting is the only mean of gaining happiness it the material world and achieving salvation at the same time. Moreover, Rama Navami vrat is considered as the five of the most important fasts in the ancient times.