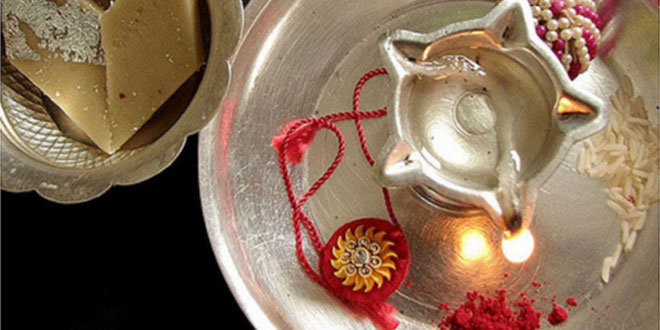 Raksha Bandhan in India is one of the very important festivals celebrated. Eagerly awaited by the Hindu community in India and abroad, it surely marks an auspicious occasion. Raksha Bandhan comes in the month of Shravan, which falls between July and August, and is celebrated with much eagerness and joy all across the world. The festival of Rakhi communicates the message of brotherhood, as it is the day on which a sister ties a rakhi thread on the wrist of her brother and he, in return, vows to protect her from all troubles. The festival is of great importance in the Hindu culture and is celebrated all over the country, though the ways of celebration vary from one region to the other. The name of this festival also changes as soon as one enters into a new region. Let use know about celebrating Raksha Bandhan in India.