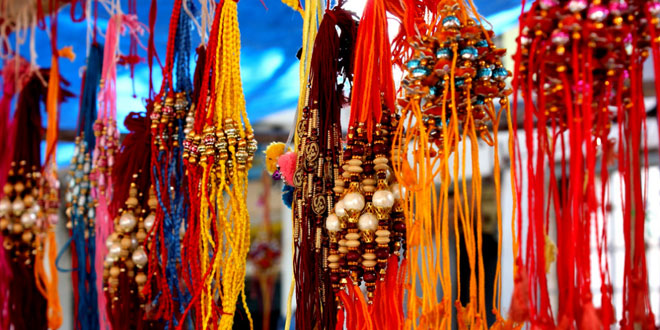 Rakhi Shopping: During the festival of Rakhi, the markets are in full bloom. A few days before the festival, sisters go to the market and do rakhi shopping, which includes buying the sacred thread as well as gifts for their brother. Along with that, they also buy sweets and new clothes. There are various types of rakhis, with several designs, found in the market around Raksha Bandhan. The wide range of rakhis include fancy rakhis, zari rakhis, resham rakhis, mouli, cartoon rakhis, rakhis with a religious touch, jewellery rakhi and many more.