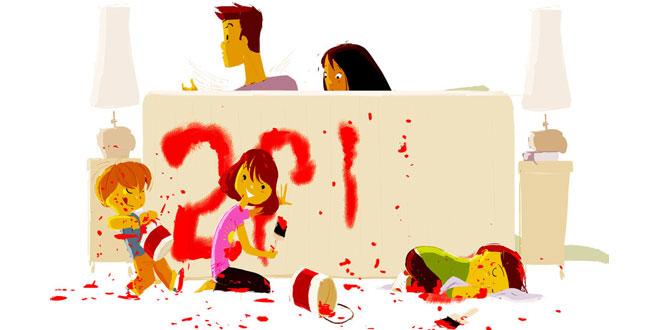 New Year Celebrations Around The World

New Year is one of the oldest festive occasions, which is universally celebrated. It is the time when people celebrate the arrival of the forthcoming year and bid goodbye to the year that has passed by. New Year is celebrated all over the world, though not necessarily on 1st of January. It is interesting to note that not all the countries follow the same calendar. Countries like China, India and Israel have their own versions of lunar calendar and celebrate New Year at different periods. Some countries prefer to celebrate New Year in spring, when its time to sow new crops, while others in autumn i.e. at the time of harvest. Irrespective of the different timings, the occasion is celebrated with same zeal and enthusiasm across the globe.

Different countries follow different traditions and customs on the New Year, mostly related to superstitions and chasing away of evil spirits. This is done so that the bad experiences of the past are forgotten and one starts afresh and hopes for the best in the coming year. For instance, in Australia, January 1st is a public holiday and at midnight, on New Year’s Eve, people make a cacophony using whistles and rattles, car horns and church bells to chase away the evil spirits. Similarly, in various countries, diverse ways are adopted to celebrate the New Year, according to their long standing customs and traditions. Whatever are the rituals, one thing is for sure – there is hardly any part of the world that doesn’t celebrate this glorious festival.

Like most parts of the world, New Year is celebrated with great zeal and enthusiasm in Australia as well. In the country, the celebrations start from December 31 and continue till the 6th of January. New Year is a public holiday in Australia and people congregate with their near and dear ones to celebrate the occasion together. People often go out for picnic, surfing, camping, water sports and other forms of outing, to spend time in the most wonderful manner.

New Year is celebrated on a grand scale all over Canada. Generally, New Year’s Eve is a social holiday in the country. Midnight parties steal the show, where people can be seen dancing to the beats of fast music. The major metropolitan cities in Canada, like Toronto and Montreal, have several music shows and firework displays on the occasion, which attract hundreds of tourists from all over the world.

New Year celebrations in France are popularly called “R?eveillon”. Earlier, French people used to celebrate New Year between the end of March and the beginning of April. However, after the introduction of the Gregorian calendar, in 1582, they adopted the reformed calendar. Today, like other parts of the world, they consider 1st January as the beginning of the year.

Like any other part of the world, in Germany also, New Year is celebrated with much pomp and glory. The merry-making and enjoyment starts from the very eve of New Year (the day before the New Year’s Day), which is called ‘Silvester’ in Germany. It is so called because 31st December is also the feast day of Saint Sylvester, who was a pope of the fourth century.

Ever wondered where stars like Nicholas Cage, Vin Diesel, Jon Bon Jovi and Monica Belluci disappear at the time of New Year? ‘The call of nativity’, ‘the return to originality’ – whatever you may call it, but every year, on the 31st of December, you will find these stars going back to their sweet home, Italy. Indeed, celebrating the New Year in the romantic country of Italy is a treat in itself, providing you with moments that you will treasure and cherish throughout your lives.

New Year is a time of great celebration all over Japan. The Japanese have been celebrating this day on the 1st of January as per the Gregorian calendar only since 1873. Before that, they used to celebrate New Year in the month of spring, as per the Chinese lunar calendar. The people of Japan welcome New Year with great zeal and enthusiasm and follow several customs and traditions on this day.

If you are looking for the ultimate New Year destination, then pack your bags and head towards this amazing island country in the south-western Pacific Ocean. New Zealand, with its lush greenery and beautiful landscapes, is really a traveler’s paradise and it will be all the more better if the time of your visit coincides with the New Year.

When we talk about following customs and rituals, no one can beat the natives and citizens of Russia. And this holds true during New Year celebrations as well, which are observed with much pomp and glory in the region. It is often said that if you have not celebrated New Year in the Russian style, you have never really celebrated it at all. For Russians, the occasion is all about sharing and giving love to one another.

Home to many cultures and customs, Singapore turns into a hub of celebrations around New Year. Unlike other festivals in Singapore, New Year’s Eve is celebrated in Chinese tradition. Also known as Chinese New Year or Spring Festival (Chun Jie), it is considered as a major festival for the people. Based on the traditional lunar calendar, the New Year Festival in Singapore is celebrated over a period of fifteen days.

The feeling that the New Year is approaching makes people see the world around them in a brighter light. The days before New Year’s Eve are the time of celebration and joy, as it takes us to the beginning of the New Year’s cycle. It is a new beginning, leaving the worries and sadness behind and welcoming the New Year with open arms. Different cultures have their specific ways to celebrate the arrival of New Year, with the traditions and customs begin specific for each region, country and its people.

January 1 is considered as the first day of the first month of a year, as per the Gregorian calendar. In the year 1752, this day was officially declared as New Year’s Day in UK and its colonies across the world. From then onwards, it serves as a door to send old year out and bring New Year in. In UK, New Year is celebration time, when everybody seems to be in the perfect festive mood after Christmas. The land, water and hills of UK all can be seen drenched in the lights of New Year.

USA has the Gregorian calendar as a base to celebrate New Year on the 1st of January. The custom was brought into practice in year 1752. In USA, New Year’s Eve is considered as a time when a lot of social meetings with friends, family members and neighbors take place. These gatherings are full of fun and laughter. Many people host parties and as well. Full of alcohol and lavish food, these parties are a true projection of the celebration spirit and culture of Americans.