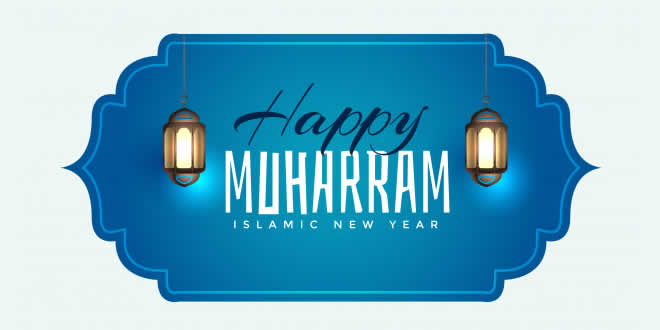 Muharram has great religious significance in the Muslim community. It is the first month in the lunar Islamic calendar. Muharram is one of the four sanctified months in the calendar, the other three being Dhul-Qa’dah, Dhul-Hijjah and Rajab. Since the Islamic calendar is a lunar calendar, the date of Muharram keeps on changing from year to year. The occasion is commemorated by both the Muslim communities, Sunnis and Shias. Some Muslims even observe fasts during these days. The holy month is associated with a number of auspicious events in Islamic history.

Read through the following lines to know more about the meaning of Muharram.

Muharram has been derived from the word “haram“, which means “forbidden”. Hence, it is considered unlawful to fight during this month. During the month of Muharram, Prophet Muhammad’s grandson, Hazrat Imam Hussain was brutally killed in the battle of Karbala, along with his family and friends, in the year 680 CE / 61 AH. The first 10 days of Muharram are regarded as sad and grieving, especially by the Shia Muslims who hold mourning ceremonies recalling the righteous virtues for which the martyrs stood. The commemoration of the brutal massacre begins on the 1st day of Muharram and ends on the 10th day of Muharram when the battle ended.

On this blessed day, it is believed that Allah created the heavens and the earth. It is even said that Allah gave His finite blessings and bounties to many of His Prophets and freed them from the clutches of their enemies. Hazrat Adam was also created in the month of Muharram and also pardoned for his mistake in this month only. Even Hazrat Noah’s Ark landed successfully on Mount Judi during this month centuries ago. Hazrat Ibrahim was saved from fire and Hazrat Musa was rescued from the Pharaoh during this holy month of Muharram.

The 10th day of Muharram is considered to be the most significant as on this day, the battle at Karbala between Yazid and Hazrat Imam Hussain Ali ended. Imam Hussain and his supporters were brutally massacred and decapitated. The Sunni Muslim’s fast on the 9th & 10th days in remembrance of Imam Hussain and in commemoration of the liberation of the people from the rule of the Pharaoh of Egypt by Moses. The Shia Muslims mourn throughout the entire month and take out processions and wound themselves with knives and small sharp objects to display the pain the Imam Hussain and his team went through on the 10th day.

Muharram Fasting: It is the first month of the Islamic calendar, hence, marking the Islamic …