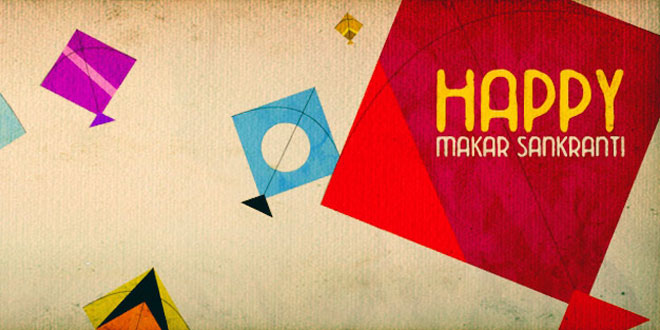 Makar Sankranti is considered to be one of the most auspicious festivals for the Hindus. It is celebrated in various parts of the country with extreme zeal and fervor. In Gujarat and Rajasthan, it is known Uttararayan while in Northern part of the country; it is known as Sankranti, in Tamil Nadu, it is known as Pongal. Apart from India, it is also celebrated in Nepal, Malaysia and Thailand. It is celebrated with great devotion, fervor and gaiety as the harvest festival of the state at many places in the Indian subcontinent. It is one of the few chosen Indian festivals which are celebrated on the same date every year i.e. on 14th January.

When is Makar Sankranti:

Sankranti means ‘change’ and ‘Makar’ means ‘Capricorn’, thus Makar Sankranti is the day when the glorious Sun-God begins its ascendancy and entry into the Northern Hemisphere. It is when Sun transits from Sagittarius and goes to Capricorn during the winter solstice in the northern hemisphere (Uttarayana). This event has socio-religious impact on the Indian society. At some places the festival is celebrated merely as a harvest festival, however in many parts of the country, it is considered as an occasion from when all the auspicious Hindu festivals can be solemnized.

For some people it signifies an event wherein the Sun-God seems to remind his devotees a popular saying that ‘Tamaso Ma Jyotir Gamaya‘ which means ‘may you go higher and higher, to more and more light and never to darkness. As Sun signifies knowledge, divine spiritual light and wisdom to Hindu community, this festival of Sun God gives a message that the real spirit of life is to get over from the darkness of delusion and begin the search of a more brighter and aware side of our persona. People often relate the festival to auspiciousness, wisdom, and knowledge.

Unlike most of the other Indian Hindu festivals, the date of Makar Sankranti is fixed. It is celebrated on 14th January every year. In 2020, the Makar Sankranti is falling on Tuesday January 14. The festival is celebrated throughout the country with different names and different rituals. At some places, it is considered auspicious to fly kites, while at other places eating ‘Khichdi’ (instant rice-daal mix) is considered fortunate. Til and Rice are said to be the vital ingredients of this festival. In the rice-eating belt of Bihar and eastern Uttar Pradesh, most of the festive dishes are rice-centric. A popular fair named Gangasagar Mela, is also organized on this occasion on banks of river Hooghly, near Calcutta. In Andhra Pradesh, Makar Sankranti occasion is considered ‘Pedda Panduga’ meaning big festival. The entire event lasts for four days, the first day called Bhogi, the second day Sankranti, the third day Kanuma and the fourth day, Mukkanuma.