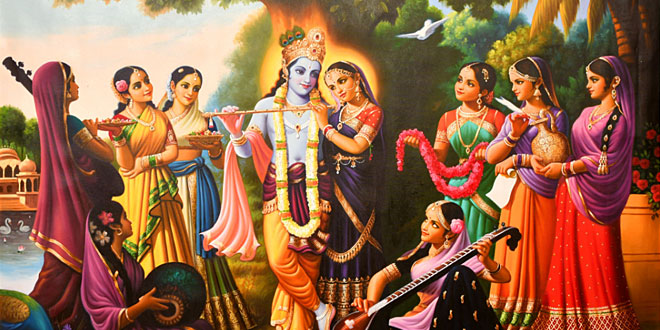 Lord Krishna is one of the favorite deities of Hindus. He is worshiped for his immense power, captivating appearance, unique charm and playfulness. For some, he is the hero, a lover or the guide; while for others, he is a child. He resides in the heart of every devotee and fulfills everyone’s wish, if he is worshiped with in-depth devotion. Janmashtami is celebrated as the birthday of Lord Krishna. It falls on the eighth day of Sravana month (August-September according to the Gregorian calendar).

The celebrations of Janmashtami are marked by cultural programs, chanting of bhajans and special pujas. Dance drama is performed by professional artists, or chosen kids, wherein the formative years of Lord Krishna’s life are depicted. The dance, which is known as Shri Krishna Rasa leela, is one of the significant parts of the celebrations, as the decisive part of life was spent by Lord Krishna, amidst the Gopis in Vrindavan. Read on to know more about Krishna Rasa Leela.